SK Networks took part in a round of $126 million funding for MycoWorks, a Silicon Valley-based biomaterials company, and it is the largest amount among the strategic investors, SK said in a press release.

MycoWorks owns technologies that produce leather-like fabric from engineered mycelium, a biomaterial made out of mushrooms. The company has also partnered up with a handful of major global luxury brands.

The two companies also signed a separate contract to cooperate on the development of new materials, production expansion and building a sales network.

Bio business is one of SK's four core areas it has been expanding as its future growth drivers, including biopharmaceuticals and biodegradable materials. 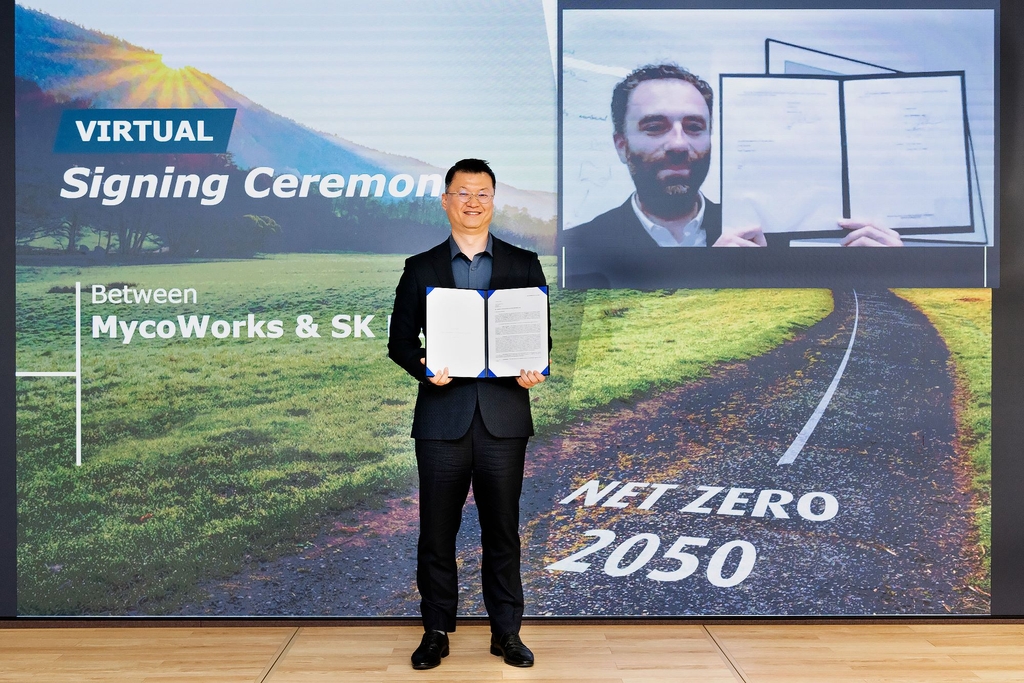