SEOUL, Jan. 14 (Yonhap) -- With South Korea's World Cup qualifying campaign scheduled to resume later this month, the team's head coach Paulo Bento hasn't abandoned hope of having two of his most important players back from injuries.

South Korea's only two active Premier League players, Son Heung-min of Tottenham Hotspur and Hwang Hee-chan of Wolverhampton Wanderers, have both been sidelined. Son, who picked up a leg muscle injury, will likely miss the rest of January. Hwang, who suffered a hamstring injury in mid-December, is expected to return to play sometime in February. 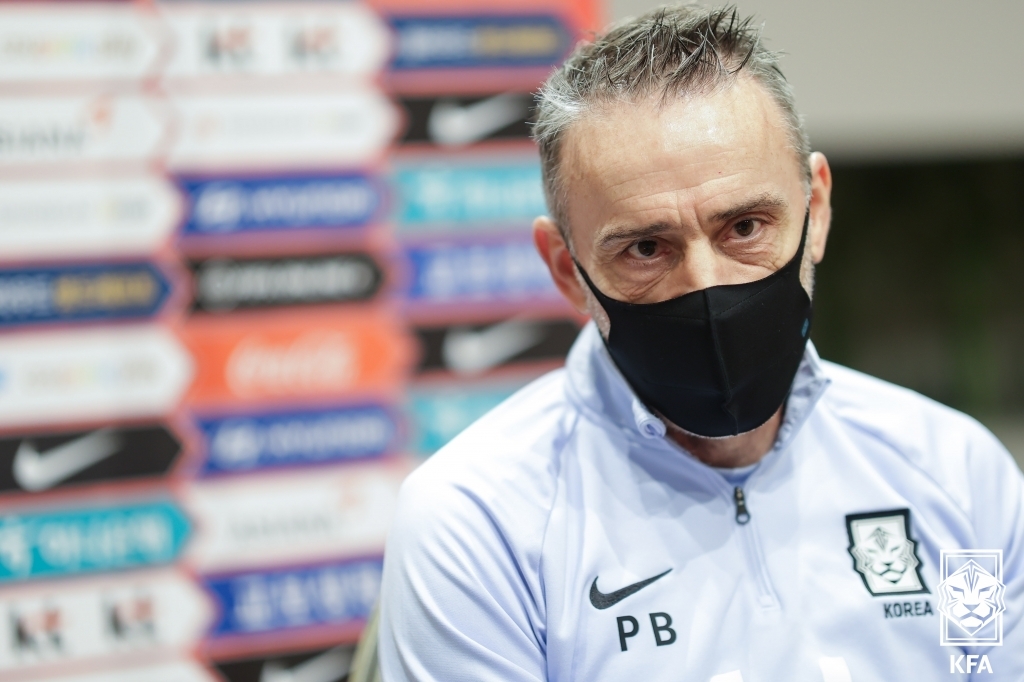 That doesn't bode well for South Korea, as they are set to play Lebanon on Jan. 27 and then Syria on Feb. 1 in the final Asian qualification round for the 2022 FIFA World Cup.

Speaking from his training camp in Turkey, Bento said he wasn't yet ruling out those two attackers.

"We should wait as much as we can for the recovery of those players. Then we will take the final decision," Bento said in a video clip shared by the Korea Football Association (KFA) on Friday. The national team has been training in Antalya since the weekend.

"They're two important players, players that have features to create many situations in the attacking phase," Bento added. "Let's wait and we'll take the final decision. If they aren't able to come, we need to find another solution."

Son, a longtime national team captain, has netted three goals in his past four World Cup qualifiers. He is four caps away from reaching 100 for his career and joining the Century Club.

Hwang, who joined Wolves in August on a loan from RB Leipzig, scored the winner in South Korea's 1-0 win over the United Arab Emirates in November. 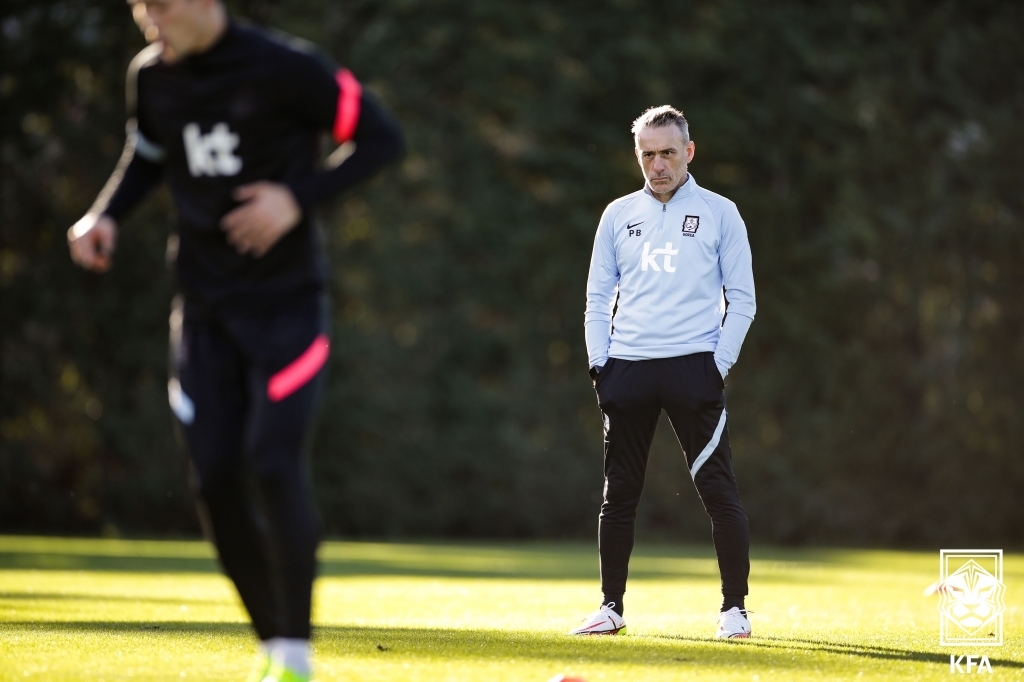 In preparation for the two World Cup qualifiers, South Korea will play Iceland on Saturday and then Moldova next Friday in Antalya. Since those matches aren't part of the FIFA international match calendar, Bento wasn't able to call up any of his Europe-based players in the middle of their club seasons. Son and Hwang wouldn't have been available even if they had been healthy.

Instead, 25 out of 27 players at camp are from the domestic K League and the two others are from Japan's J. League.

Bento said he and his staff had kept a close eye on those players last season and the goal now is to help them adjust to the national team system and structure.

"This training camp will allow us to see them in our context. It will help the technical staff to learn these players better," Bento said. "We'll see if some of them are making the team in the next training camp."

Bento said winning the two friendlies isn't as important as trying to use them to prepare for the later matches that count.

"The most important thing for us in these two games that we're going to play is to prepare our team for the next step and next games (in the World Cup qualification round)," Bento said. "The idea is to try to play as we practiced during training sessions." 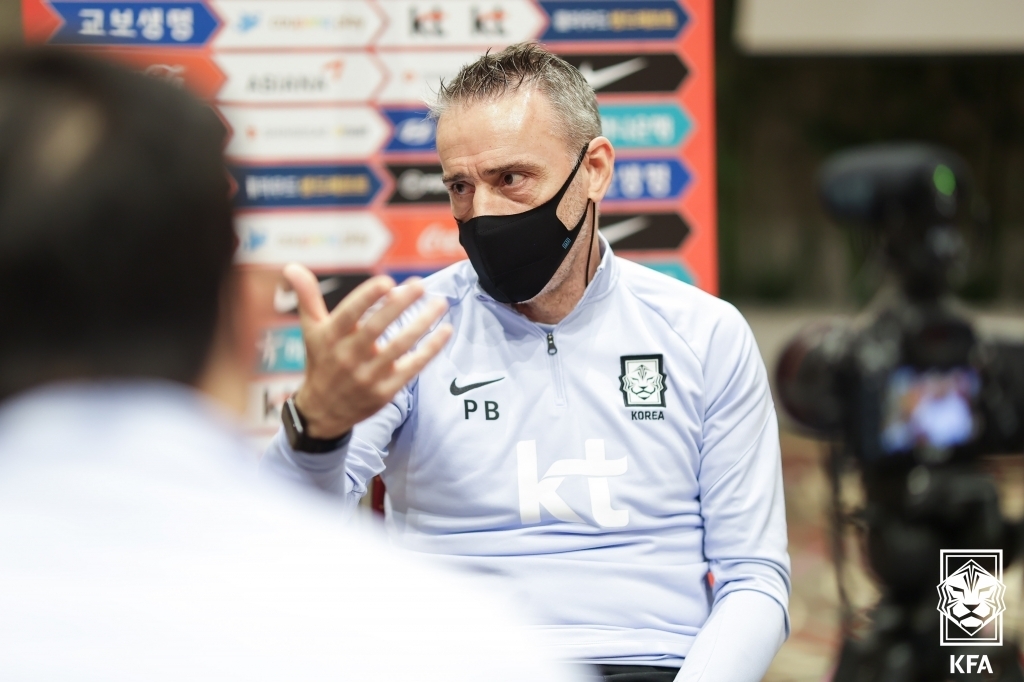