SEOUL, Jan. 15 (Yonhap) -- President Moon Jae-in left for the United Arab Emirates (UAE) on Saturday for talks with UAE leaders as South Korea seeks to explore business opportunities with the Middle East nation in the fields of hydrogen, space and other sectors.

On Sunday, Moon will attend a bilateral business roundtable on cooperation in the hydrogen industry, during which he plans to ask the UAE to help Korean firms make inroads into the UAE's hydrogen industry.

During the talks, Moon and the UAE prime minister plan to discuss ways to expand cooperation in infrastructure, efforts to tackle climate change, and space. The two leaders will also discuss Korea's bid to host the 2030 Expo.

In Dubai, Moon will step up South Korea's campaign to host the Expo at the nation's southeastern port city of Busan in 2030.

In October last year, South Korea and the UAE announced that they will launch official talks toward a bilateral free trade agreement. The UAE is Korea's top export market in the Middle East and its biggest partner in human resource exchanges in the region. 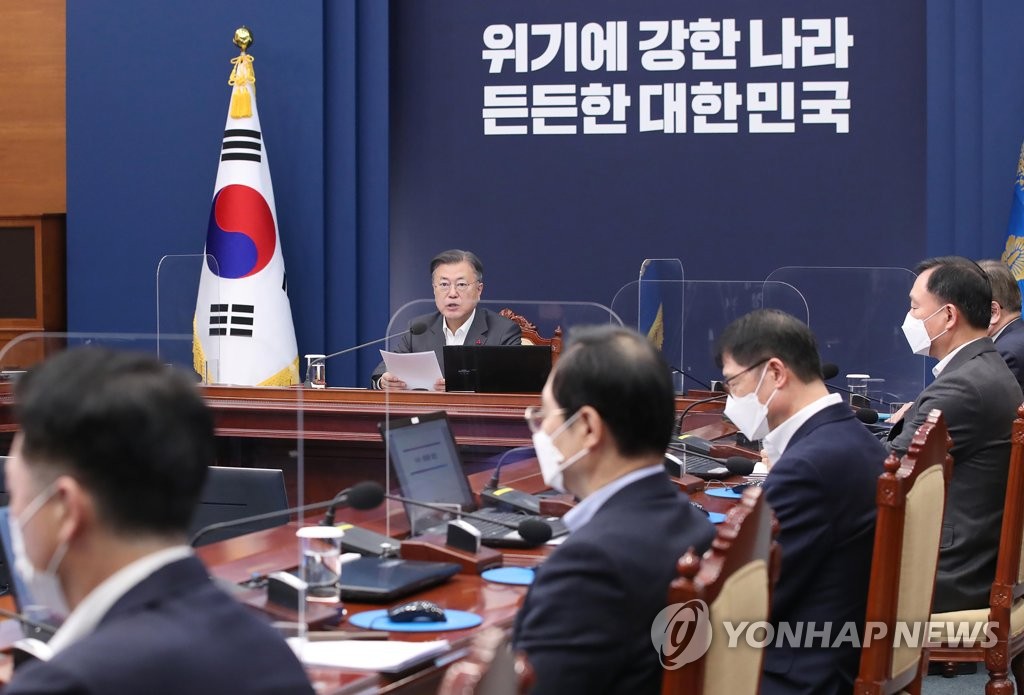 Korea has previously said it is pushing to sell its mid-range surface-to-air missiles known as M-SAM to the UAE.

The UAE is the first leg of Moon's three-nation trip to the Middle East that will also take him to Saudi Arabia as well as Egypt.

Moon and the crown prince are expected to discuss how to expand bilateral cooperation in public health, artificial intelligence, hydrogen and education, while bolstering cooperation in energy, infrastructure and construction.

On Wednesday, Moon plans to hold a meeting with Gulf Cooperation Council (GCC) Secretary-General Nayef bin Falah Al-Hajraf. During the meeting, they plan to announce the resumption of negotiations for a free trade agreement.

Korea and the GCC had agreed to push for a free trade deal in 2007 and had three rounds of talks until 2008, but the negotiations have since stalled after the council announced the suspension in 2010.

Trade volume between the two came to US$46.6 billion in 2020. The GCC, which has six member nations -- the UAE, Bahrain, Saudi Arabia, Oman, Qatar and Kuwait, supplies 68 percent of South Korea's crude oil imports.

On the last leg of the trip, Moon will leave for Cairo on Wednesday evening.

Moon and the Egyptian president are expected to agree on a joint feasibility study to forge a bilateral free trade deal, which would be Korea's first free trade agreement on the African continent if sealed.

In Cairo, Moon will also attend a business forum where companies in the two nations plan to discuss how to strengthen cooperation in electric cars, information technology and transportation.

Moon will leave Cairo on Friday afternoon and return home on Jan. 22.