SEOUL, Jan. 14 (Yonhap) -- Ruling party presidential candidate Lee Jae-myung on Friday showed his discontent over the government's plan to draw up a supplementary budget of 14 trillion won (US$11.8 billion) for helping small merchants, saying the extra budget should be bigger.

"The finance ministry today announced it would draw up an additional supplementary budget to support small merchants, but its size is small again," Lee told reporters during his campaign event.

Lee of the Democratic Party previously called for a 25-30 trillion won extra budget.

"I do not know whether spending money in dribs and drabs would work," he added.

The former Gyeonggi governor said he hopes the size of the extra budget can be expanded following consultations between ruling and opposition parties.

"Increasing the budget is possible if ruling and opposition parties come to an agreement and the government consents to it," he said. "The opposition bloc has a tendency of holding one's back from behind, while talking about support in the front, but I hope that is not the case this time."

Lee later added in a Facebook post that if the government disagrees with the proposal of expanding the supplementary budget, he would push for it after the March 9 presidential election. 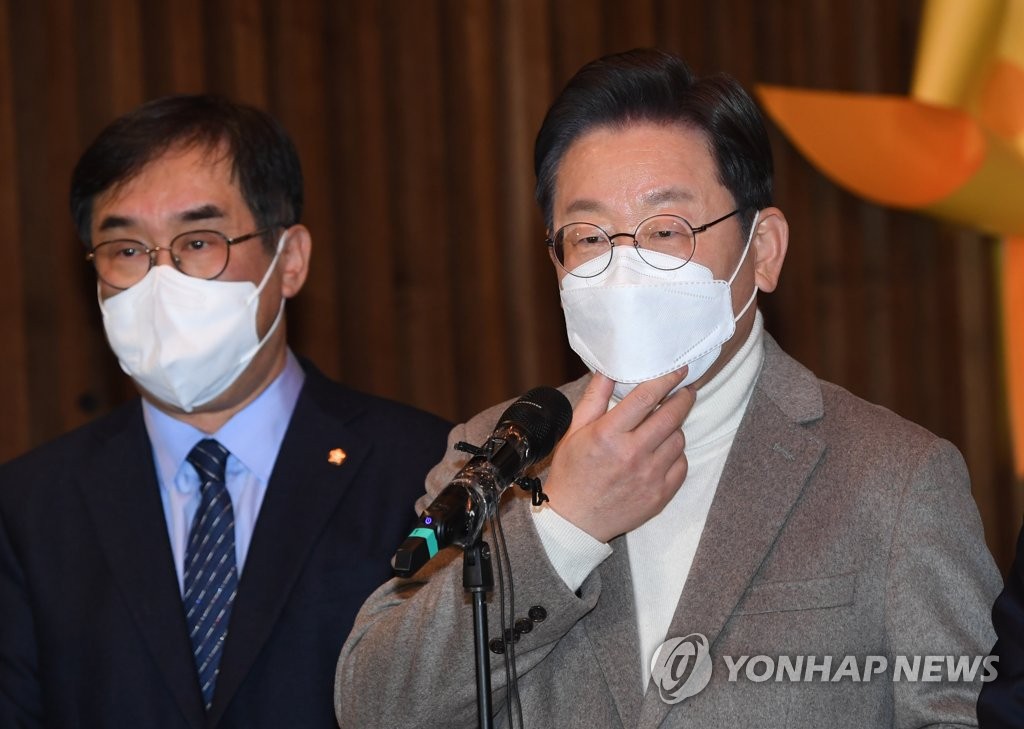