SEOUL, Jan. 16 (Yonhap) -- Ruling party presidential candidate Lee Jae-myung said Sunday he would seek a "de facto state" of inter-Korean unification based on coexistence and mutual prosperity in a short-term and rather realistic goal if he gains power.

Lee of the liberal Democratic Party made the remark during a visit to the border county of Goseong, 160 kilometers northeast of Seoul, after a reporter pointed out he made no mention of unification in his campaign pledges for Gangwon Province, where Goseong is located. 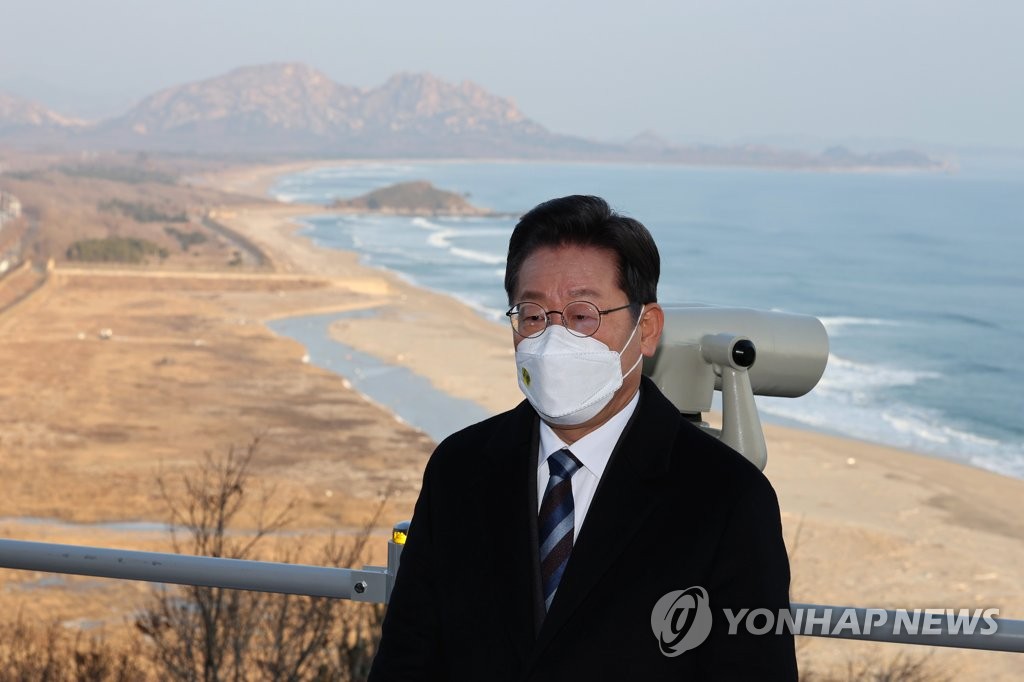 "For lasting peace and stability on the Korean Peninsula, of course it is right to aim for unification as stipulated in the Constitution," he said at an observatory overlooking North Korea.

He added, however, "In the current state, the possibility of directly pursuing unification as a short-term task is realistically very weak."

Lee continued that the "correct" way to go about the issue is to set a short-term goal of reaching a "state that is practically no different from unification" by aiming for coexistence and mutual prosperity through increased inter-Korean communication and exchanges.

"Rather than setting unification as a direct short-term goal, getting to a realizable, de facto state of unification, a state that is the same as having achieved unification, is essentially the path to reaching the unification stipulated by the Constitution," he said.

Earlier during the visit, Lee vowed to resume tourism to North Korea's Mount Kumgang as soon as possible if elected in March, referring to a program that was suspended in 2008 following the shooting death of a South Korean tourist there by a North Korean guard.

Lee also pledged to establish a special international tourism zone straddling the border and push for an ecotourism program inside the Demilitarized Zone dividing the two Koreas.

"Starting with exchanges in nonpolitical areas, such as tourism and sports, I will pursue inter-Korean coexistence through practical North Korea policies that benefit both the South and the North," he said.

Lee presented a vision for turning Gangwon Province into a northern economic hub by reconnecting inter-Korean railroads and roads.

In a separate note posted on Facebook, he promised to take tough measures against Japan's planned release of radioactive water from the crippled Fukushima nuclear power plant.

Specifically, he said he will introduce a safety control system to completely block imports of fisheries contaminated by radioactive water and toughen inspections of local fisheries.

"Japan is forging ahead with its plan to release contaminated water from the Fukushima nuclear plant despite widespread concern and opposition," Lee wrote.

He added, "Japan's plan, which omits the process of information disclosure and verification, will serve as a major obstacle to building future-oriented relations between South Korea and Japan, following historical and territorial issues." 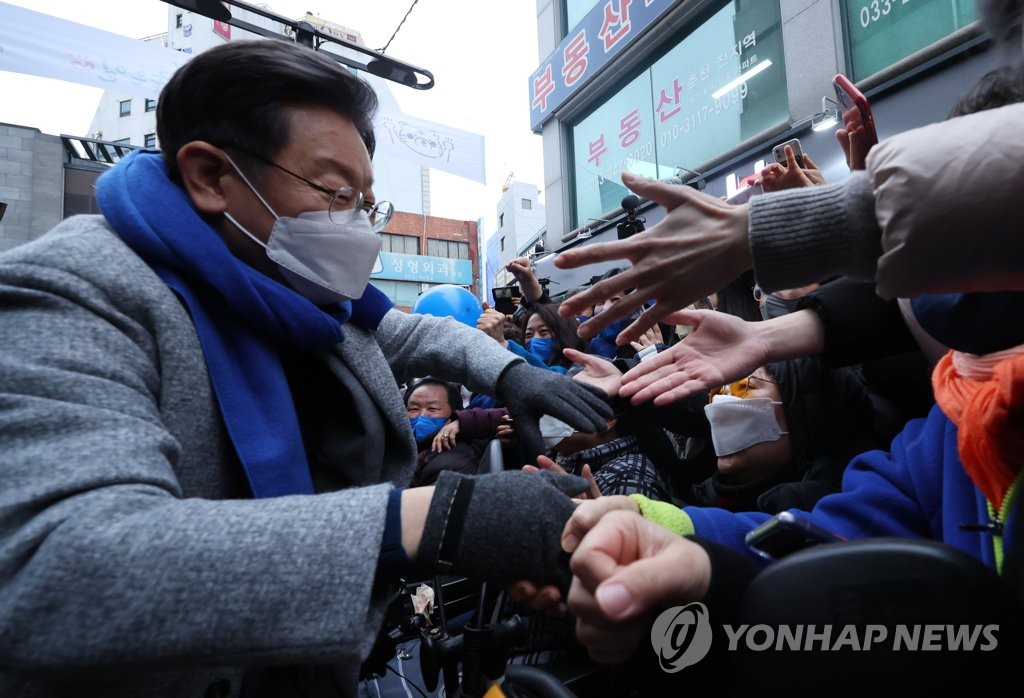