SEOUL, Jan. 16 (Yonhap) -- The wife of main opposition presidential candidate Yoon Suk-yeol previously suggested that MeToo scandals occurred because victims were not paid, according to the recording of a phone call aired Sunday.

Kim Keon-hee was heard making the remark to a reporter for liberal YouTube channel Voice of Seoul in one of 52 phone conversations they had between July and December last year.

The calls were recorded and parts of them were broadcast by MBC TV after a court allowed them to air, albeit with parts omitted, despite an injunction request from Yoon's conservative People Power Party.

"Conservatives make sure they pay. They don't use people free of charge," Kim was heard saying. "That's why you don't see many MeToo cases here. MeToo happens when you don't pay your dues."

Kim appeared to be referring to a series of sex scandals involving prominent liberal politicians, including the disgraced former South Chungcheong Province Governor An Hee-jung.

"To be honest, I felt sorry for An Hee-jung," she said. "My husband and I are very much on An Hee-jung's side."

Kim also advised conservatives not to follow in the liberals' footsteps by not paying victims, saying one never knows when the incidents will come back to haunt them.

MBC said Kim sent in a written response to the broadcaster's requests for comment and apologized to the public for "inappropriate remarks" she made "in the process of criticizing certain liberal figures involved in sexual exploitation." 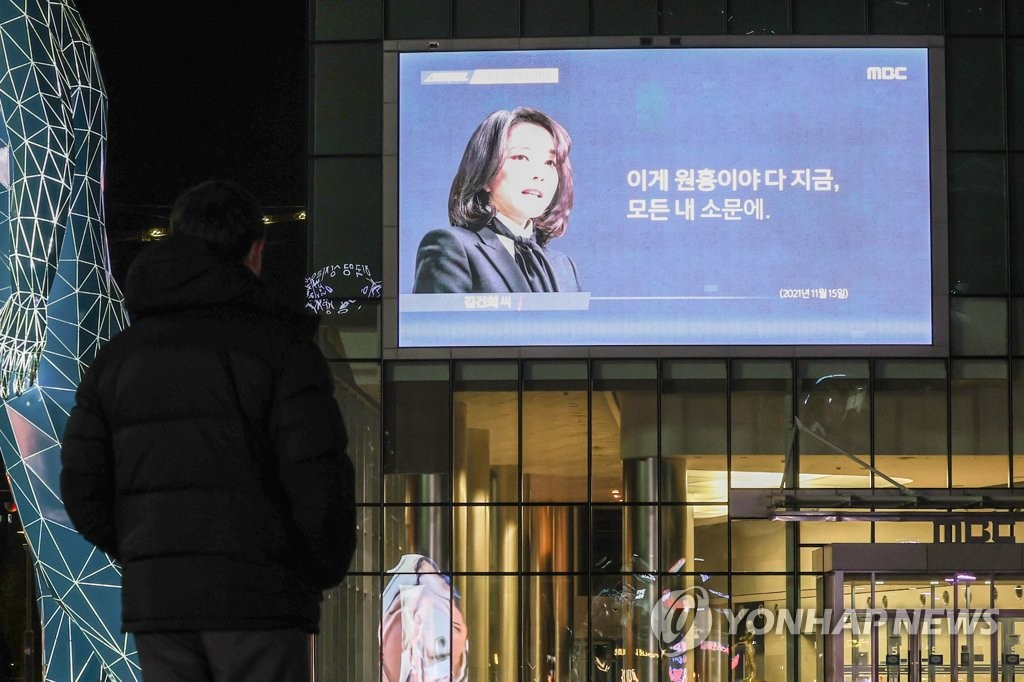