DUBAI, Jan. 17 (Yonhap) -- President Moon Jae-in on Monday emphasized the need to bolster cooperation with the United Arab Emirates (UAE) in the fields of carbon neutrality and clean energy, amid deepening ties between South Korea and the Persian Gulf nation.

Moon, who is on a weeklong trip through the Middle East, made the remarks at the UAE's annual sustainability summit, Abu Dhabi Sustainability Week.

"Korea will hold hands with the UAE more firmly for a sustainable future," Moon said. "The two nations have been in cooperation to build a hydrogen economy that will become a new energy source in the age of carbon neutrality."

"Throughout hydrogen cooperation between the UAE and Korea, I hope that we can move forward in a sustainable future and carbon neutrality," Moon said.

Moon briefed the summit on South Korea's commitment to achieving carbon neutrality by 2050 and an ambitious goal of reducing greenhouse gas emissions to 40 percent by 2030 compared with 2018 levels.

To achieve the net-zero commitment, South Korea will increase the proportion of renewable energy to 70 percent by 2050, Moon said. 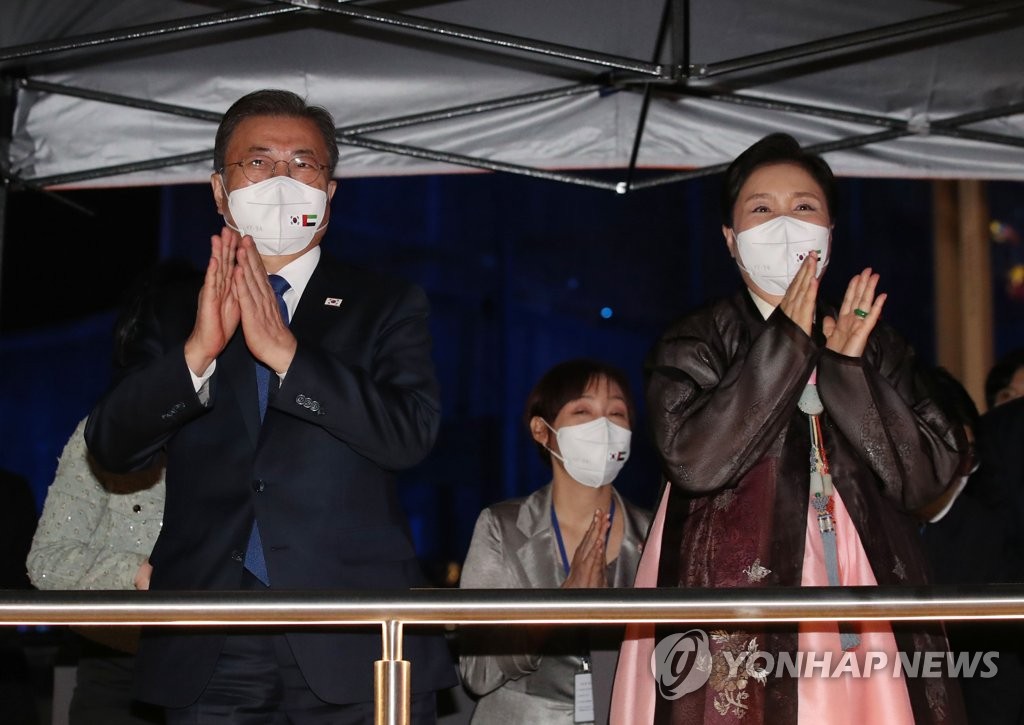 The UAE was the first country in the Middle East to sign the Paris climate agreement and also the region's first to pledge to cut greenhouse gas emissions under the Paris agreement.

South Korea hopes to bolster cooperation with the UAE in the development of so-called blue hydrogen and construction of hydrogen plants, Moon said.

Blue hydrogen, which is produced from a conversion of natural gas into hydrogen, is a clean energy resource as the carbon emissions are captured and stored.

Moon had been scheduled to hold talks with Abu Dhabi Crown Prince Mohammed bin Zayed Al-Nahyan on the sidelines of the summit, but the meeting was canceled due to an "unforeseen and urgent matter of state" of the UAE's de facto ruler, a senior official at Korea's presidential office said.

Later in the day, Moon will visit a Dubai hospital run by one of Korea's top medical centers.

Seoul National University Hospital has been running the Sheikh Khalifa Specialty Hospital in the UAE since 2015.

The hospital offers services in specialties ranging from cancer, cranial nerves and cardiovascular disorders by 160 Korean medical professionals, including some 50 doctors.

The UAE is the first leg of Moon's three-nation trip to the Middle East that will also take him to Saudi Arabia, as well as Egypt. Moon will leave for Riyadh on Tuesday morning and hold talks with Saudi Arabia's de facto ruler Crown Prince Mohammed bin Salman. 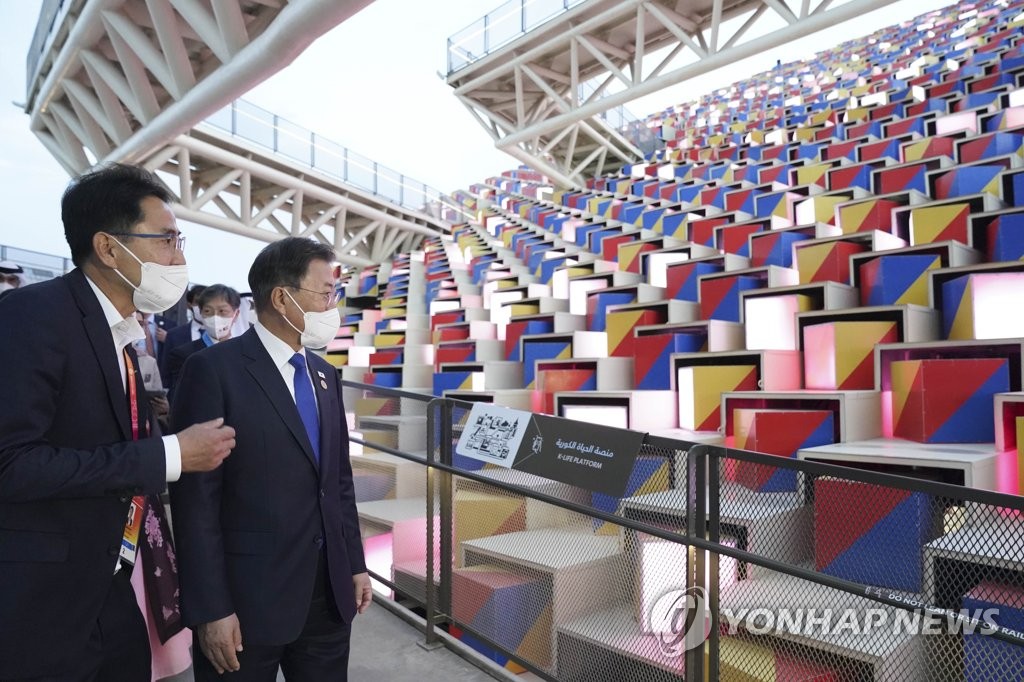