SEOUL, Jan. 17 (Yonhap) -- The chairman of major South Korean real estate developer HDC Hyundai Development Co. offered to step down Monday to take responsibility for a recent accident at its construction site that left one worker dead and five others missing.

Chung Mong-gyu made the statement six days after part of the facade on a 39-story apartment building crumbled to the ground at its construction site in Gwangju, about 330 kilometers southwest of Seoul. It is the second fatal accident at the company's construction sites in less than a year.

"I bow my head and deeply apologize to the family members of the victims in the accident in Gwangju and to the public," he said at a press conference at the company's headquarters in Seoul.

"We have caused great disappointment with the two recent accidents in Gwangju. We will establish and implement all measures to restore customer and public trust again," Chung said.

One worker was found dead Friday and search operations are under way for the five missing workers.

Chung said he will consider terminating the contracts for the buyers and completely demolishing and reconstructing the apartments from the start if the safety inspection finds there was a problem. 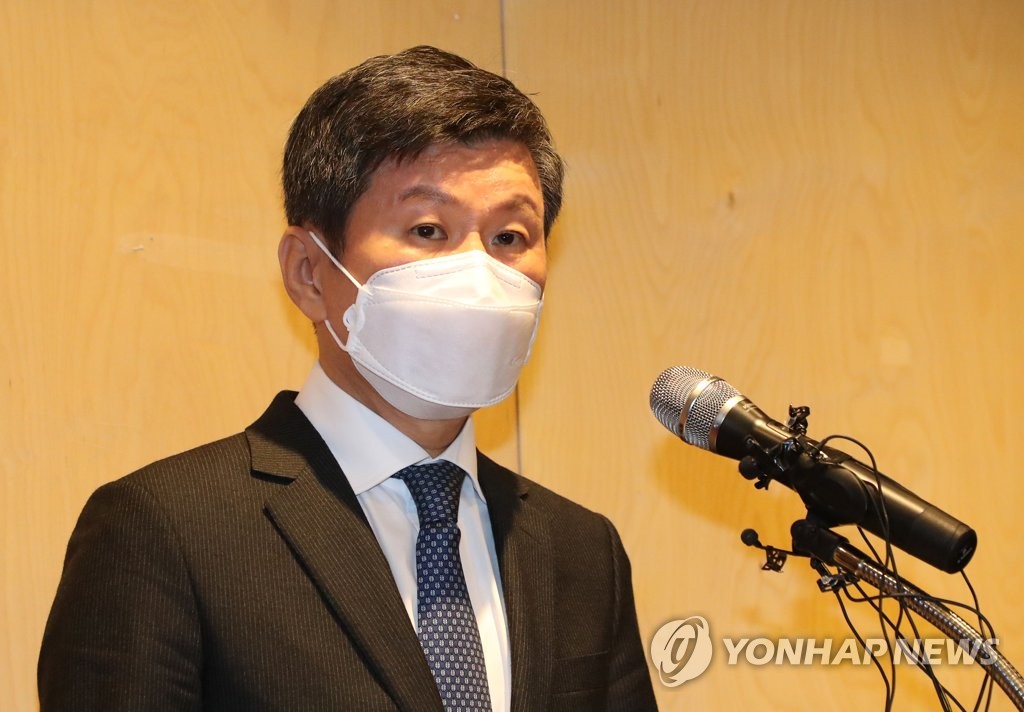 Chung said, however, he will continue to "fulfill his duty" as the company's major shareholder. Chung owns a 33.68 percent stake in HDC Holdings Co., which controls HDC Hyundai Development Co. and other chemical and retail affiliates under its wing.

Later in the day he visited the accident site in Gwangju and apologized to the family members of the victims.

In June last year, HDC Hyundai Development came under fire over a building collapse during demolition in a housing redevelopment project in the same provincial city.

The five-story building fell on a city bus on an adjacent road, killing nine bus passengers and seriously injuring eight others. Hyundai Development was the main contractor of the project.

The accidents have put Hyundai Development, the country's ninth-largest builder, into a major crisis, with police and government officials having launched probes into the company over possible safety regulation violations and other lax practices.

The Gwangju government has suspended all five of HDC's construction projects in the city.

HDC Hyundai Development is known for its signature residential apartment brand, "I-Park," but its popularity is diminishing fast following the accidents, with some collective moves from existing I-Park residents calling for the removal of the apartment name.

Shares in HDC Hyundai Development fell 19 percent to 20,850 won on Jan. 12, one day after the accident. The shares plunged 27 percent in the past four trading sessions to close at 18,750 won on Monday.

To prevent further decline, HDC Hyundai Development bought back more than 1 million common stocks in the past three sessions, according to a regulatory filing.

The companies said they will consider purchasing additional HDC stocks if necessary in order to protect shareholders' value.