SEOUL, Jan. 17 (Yonhap) -- Plaintiffs in a lawsuit against the government's vaccine pass system plan to appeal last week's suspension order limited to department and discount stores in Seoul, their representatives said Monday, stressing their ultimate goal is to scrap the program altogether across the country.

On Friday, the Seoul Administrative Court suspended vaccine pass checks at department and discount stores in Seoul while also halting vaccine pass requirements for minors aged 12-18 in the capital, pending the outcome of a lawsuit filed last month by a total of 1,023 people to repeal the vaccine pass system nationwide.

In a press conference held at the National Assembly, the legal representatives of the plaintiffs said they plan to "immediately appeal" last week's court order in an effort to include restaurants and cafes among facilities temporarily exempt from vaccine pass checks across all regions.

The appeal is expected to be submitted as early as Tuesday.

Rep. Hong Suk-joon of the main opposition party, who was at the press conference, argued there was "no need to enforce the vaccine pass system" in South Korea, which he purported to have "the world's No. 1 vaccination rate."

Following last week's court decision, the government on Monday decided to lift the vaccine pass program at six kinds of multiuse facilities, including department stores, large discount stores, museums, libraries, cinemas and cram schools, across the country beginning Tuesday as to avoid confusion among the public. 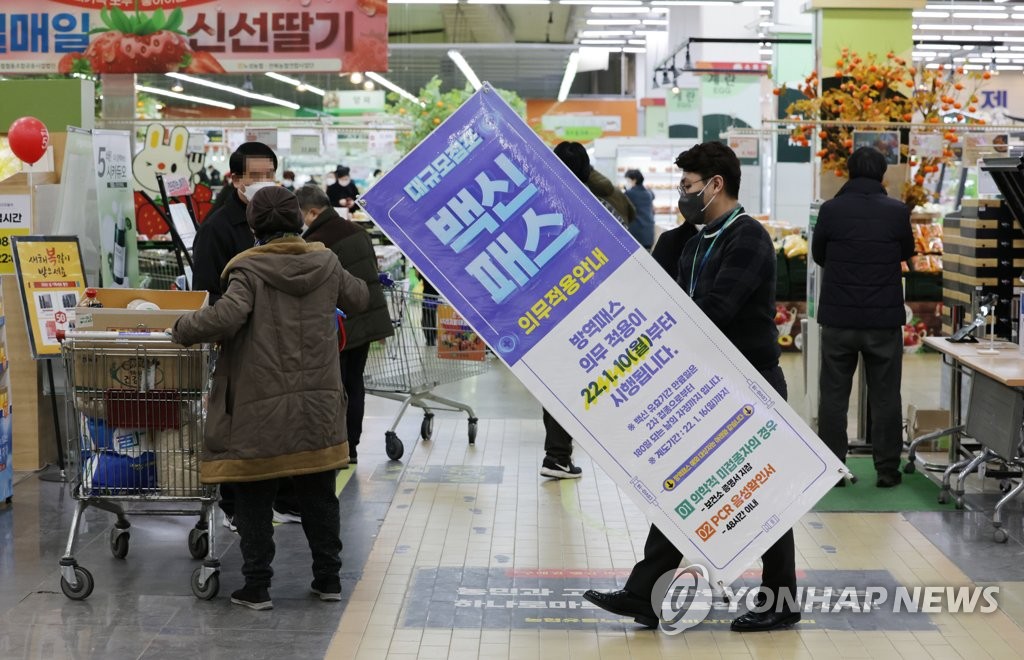