SEOUL, Jan. 18 (Yonhap) -- North Korea said Tuesday that it conducted the test-firing of a tactical guided missile a day earlier to confirm the accuracy of the weapons system under production.

Monday's firing appears to have involved the North's version of the U.S.' Army Tactical Missile System (ATACMS), called the KN-24, according to a photo released by state media. The missile is known to fly on a complicated trajectory to evade interception.

The North's latest saber-rattling came just three days after it fired two missiles from a train-based platform Friday, hours after Pyongyang warned of a "stronger and certain reaction" to new U.S. sanctions.

The United States announced fresh sanctions on six North Koreans involved in the regime's weapons of mass destruction and ballistic missile programs on Wednesday following the North's consecutive launch of what it claims to be a hypersonic missile on Jan. 5 and 11.

Nuclear negotiations between Washington and Pyongyang have remain stalled since the Hanoi summit in February 2019. 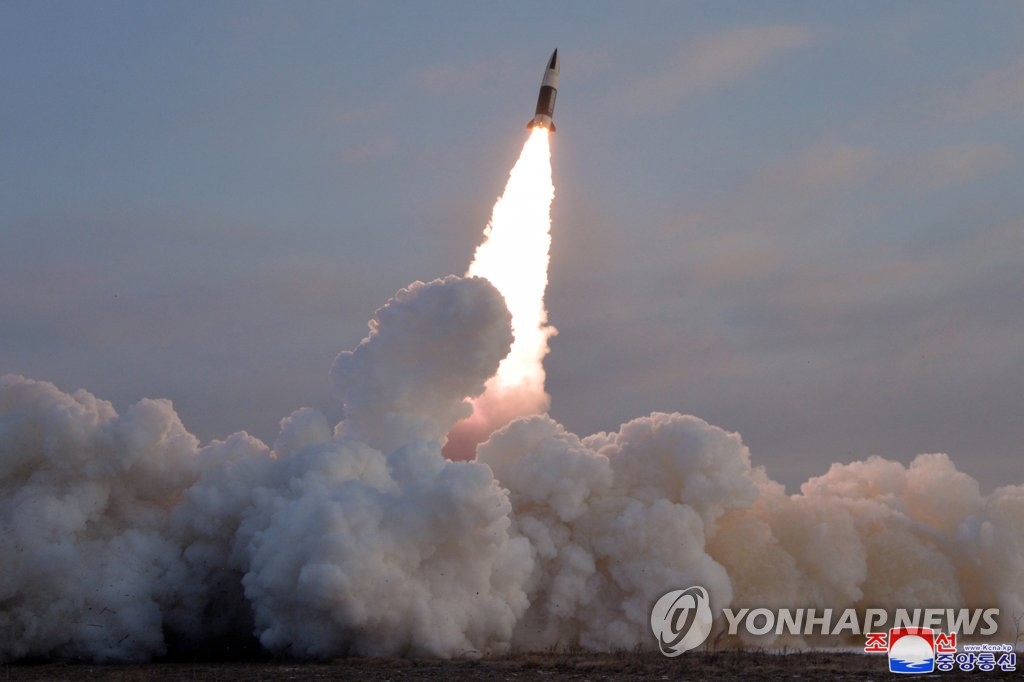