SEOUL, Jan. 18 (Yonhap) -- South Korea's auto exports rose 8.6 percent on-year in 2021 on the back of the growing popularity of local brands in the global market and solid demand for eco-friendly vehicles, the industry ministry said Tuesday.

Outbound shipment of vehicles reached 2.05 million units last year, compared with 1.89 million units a year earlier, according to the data compiled by the Ministry of Trade, Industry and Energy.

In terms of value, exports surged 24.2 percent to reach US$46.47 billion, the data showed.

The 2021 figure marked a turnaround from a 21 percent on-year fall the previous year, when the COVID-19 pandemic disrupted global supply chains and sapped demand. 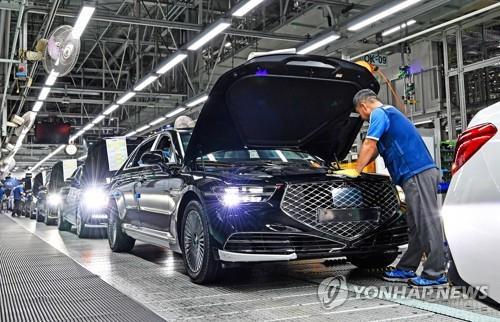 The growth appears to be attributable to the popularity of local brands in the global market and a low base effect due to the pandemic.

Exports of eco-friendly vehicles reached a record high last year to boost the overall sales across the globe.

The value of eco-friendly cars shipped overseas reached an all-time high of $4.65 billion in 2021, up 24.2 percent from the previous year, the data showed.

"Solid demand boosted by eco-friendly policy measures by major countries and the release of various new models helped buttress their exports. Of the total cars sold overseas, eco-friendly models accounted for 20.7 percent," the ministry said in a release.

By destination, exports to North America rose 8.9 percent on-year to $20.19 billion, and those to the European Union jumped 37.8 percent to $8.14 billion. Sales in Asian nations, Africa and the Middle East all marked a double-digit on-year growth in 2021, according to the ministry.

Domestic sales, however, fell 8.5 percent to 1.73 million units in 2021 due to a high base effect, the data showed. In 2020, domestic sales hit a record high of 1.89 million units due partly to the government's tax cuts aimed at revitalizing domestic consumption.

The yearly production also inched down 1.3 percent to 3.46 million units last year amid the prolonged pandemic and the supply shortage of automotive chips.

South Korea stood at the world's No. 5 in terms of car production, followed by China, the United States, Japan and India, according to the data. 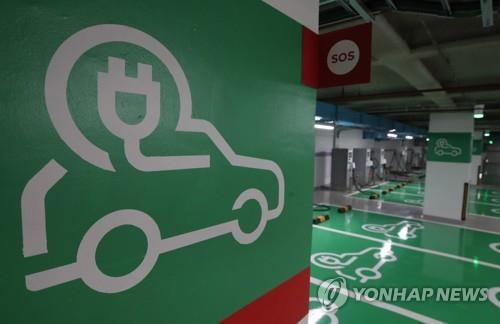 Auto exports up 8.6 pct in 2021 on popularity of eco-friendly cars

Auto exports up 8.6 pct in 2021 on popularity of eco-friendly cars