SEOUL, Jan. 18 (Yonhap) -- The government plans to offer up to 5 million won (US$4,200) in medical fee assistance for treatment of post-vaccination side effects among students, officials said Tuesday, as the country plans to expand the vaccine pass system to include 12- to 18-year-olds in March.

According to the education ministry, students under 18 showing serious side effects within 90 days of inoculations, albeit without confirmed causality with vaccinations, will be eligible for the medical fee assistance starting next month and until May 2023.

The government already covers costs for hospital stays and other kinds of treatment when a causal link between a COVID-19 vaccine injection and side effects is proven.

According to officials, the rate of students aged between 12 and 18 with their first shots administered had stood at 78.6 percent as of Monday. The rate of those who received their full two jabs was recorded at 66.5 percent.

The ministry also plans to offer up to 3 million won each in assistance for treatments of physical and mental injuries to students with high risk of suicide or self-harm tendencies, according to officials.

Health authorities argue the introduction of the youth vaccine pass program is inevitable, as the share of teens in the daily new COVID-19 cases has remained above 25 percent as of late amid a slowdown in their vaccination rates. 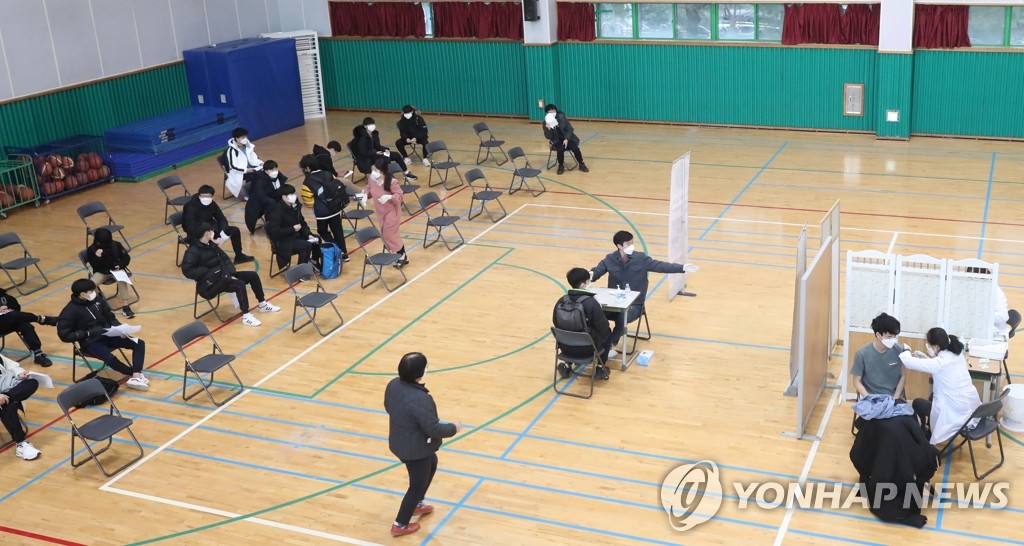