SEOUL, Jan. 18 (Yonhap) -- Up to 5 centimeters of snow is forecast to fall in the Seoul metropolitan area Wednesday afternoon, the state weather agency said.

Other parts of the country are also expected to receive snow, as snow clouds have been forming in the Yellow Sea, according to the Korea Meteorological Administration (KMA).

According to the KMA, up to 10 cm of snow is expected in the eastern part of Gangwon Province, and the southeastern coast and the southern Jeju Island from Wednesday night.

Up to 15 cm of snow will fall on Ulleung Island and the easternmost islets of Dokdo.

The southwestern part of the country will see either snow or rain. 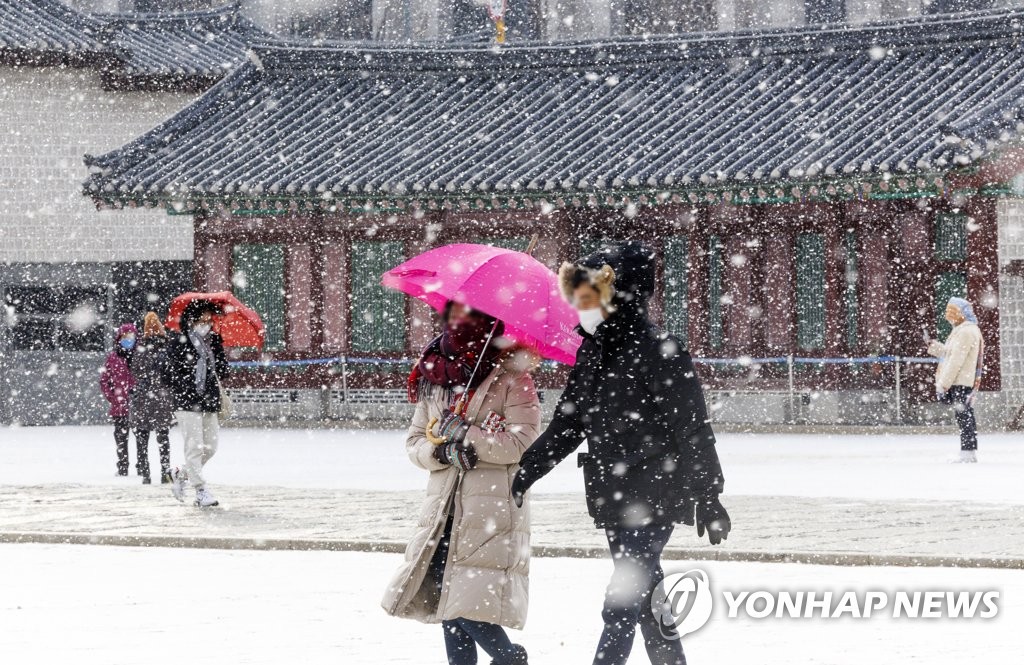 Up to 5cm of snow forecast for Seoul on Wednesday afternoon

Up to 5cm of snow forecast for Seoul on Wednesday afternoon