SEOUL, Jan. 18 (Yonhap) -- Veteran pitcher Yoo Hee-kwan, who exuded an everyman charm with his slow pitches, a rotund built and fun-loving persona, announced his retirement from baseball Tuesday at age 35.

The Doosan Bears of the Korea Baseball Organization (KBO) said the left-hander told them earlier in the day he would hang up his spikes for good. 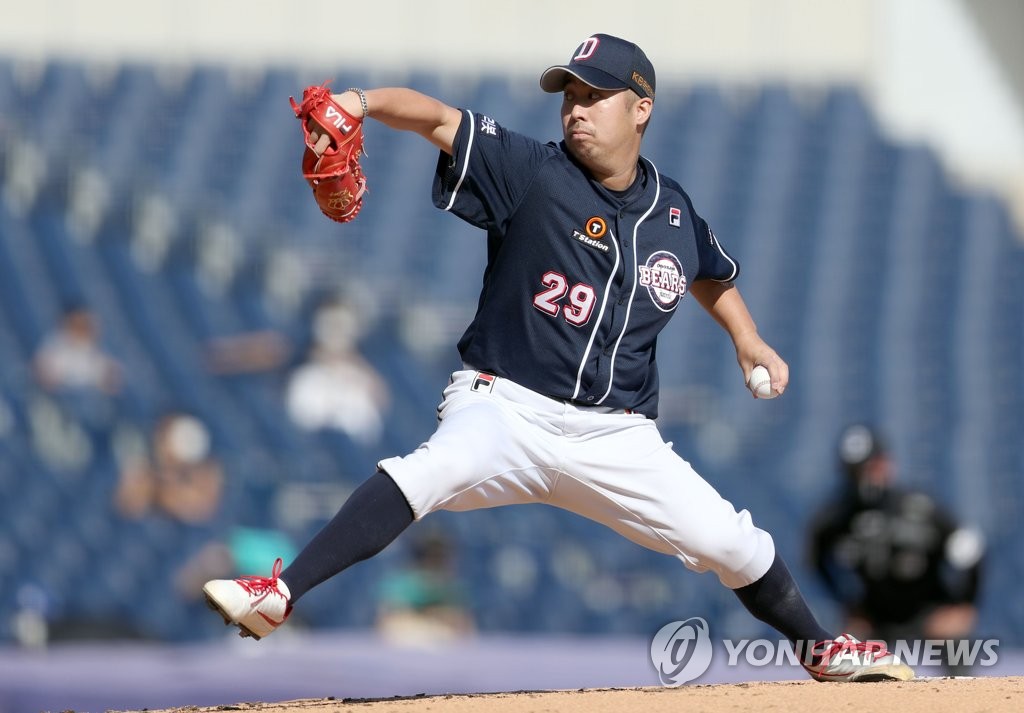 "After thinking long and hard about my future, I have decided to retire," Yoo said. "As I watched young pitchers develop last year, I decided it was time for me to get out of the way and let those players take over."

Yoo was drafted in the sixth round by the Bears in 2008 and made his KBO debut in 2009. He joined the starting rotation in the middle of 2013 and went on to become one of the league's most durable and consistent starters -- despite ranking nearly the bottom in average fastball velocity every year. 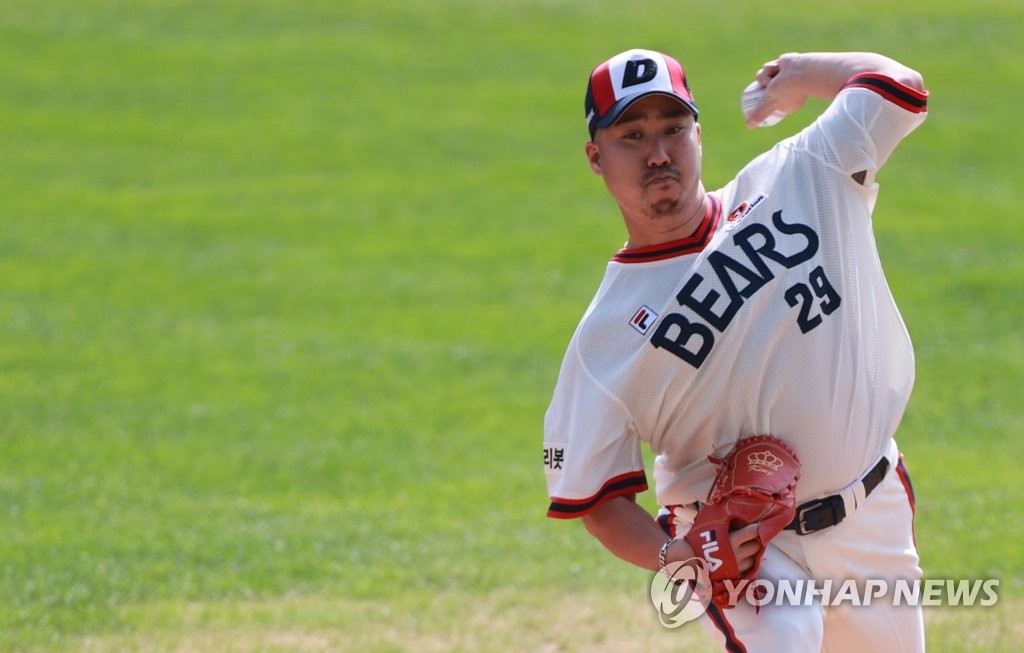 "I hope young pitchers will lead the Bears to a great future," Yoo said. "I will always cheer for this team."

Yoo will have his retirement press conference on Thursday at the Bears' home park, Jamsil Baseball Stadium in Seoul.