"Although there is some difficult background to reveal, I once again sincerely apologize for stirring up trouble as a public person," Lee of the Democratic Party told reporters following a campaign event in western Seoul.

A lawyer, who has published a book critical of Lee, earlier in the day disclosed 160-minute-long recordings of phone conversations between Lee and his elder brother and sister-in-law about issues pertaining to their mother, among others. The recordings contain Lee using foul language and invective toward them.

"This is one part of my past for which I should take responsibility," Lee said.

"I ask for forgiveness from the people because things like this will never happen again," Lee noted with teary eyes, adding that his mother and the brother are no longer alive. 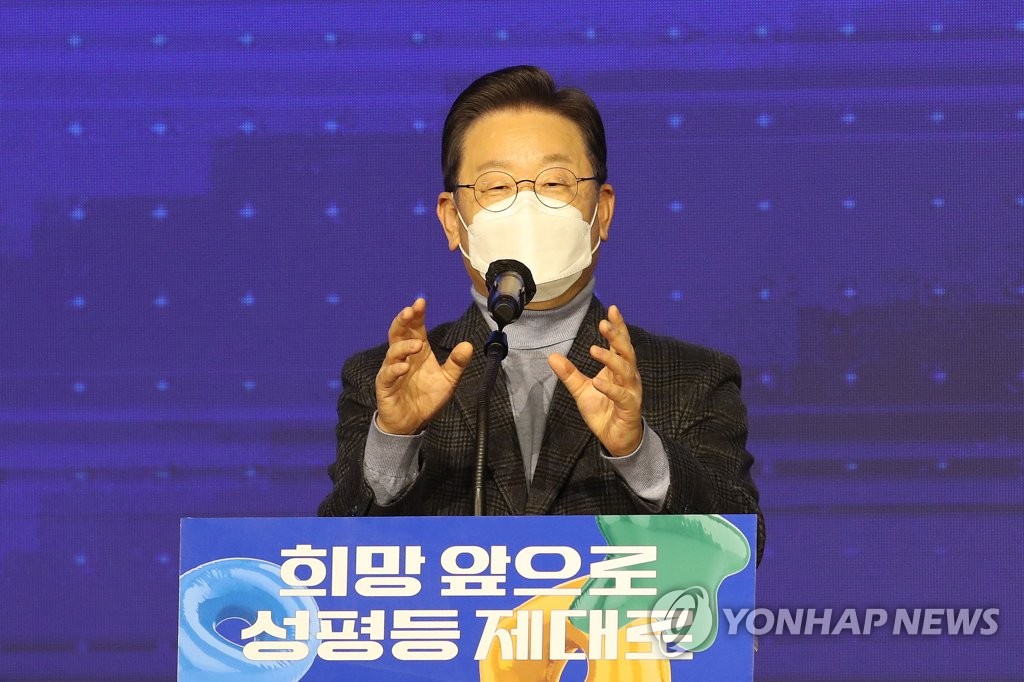