The Gyeonggi Nambu Police Agency arrested Choi Youn-kil, ex-speaker of the city council of Seongnam, south of Seoul, after a regional court issued an arrest warrant earlier in the day.

Choi is known to have spearheaded the passage in early 2013 of an ordinance bill on the establishment of the city-run Seongnam Development Corp., which jointly led the development project in the city's Daejang-dong district with asset management firm Hwacheon Daeyu.

The project was launched in 2015 when Lee, the ruling Democratic Party's presidential candidate, was mayor of Seongnam.

Choi later served as an executive at Hwacheon Daeyu and has allegedly been promised 4 billion won (US$3.3 million) as a bonus from the company in return for helping launch the lucrative apartment development project.

The little-known asset management firm reaped astronomical profits from the project through bribes and illegal lobbying. 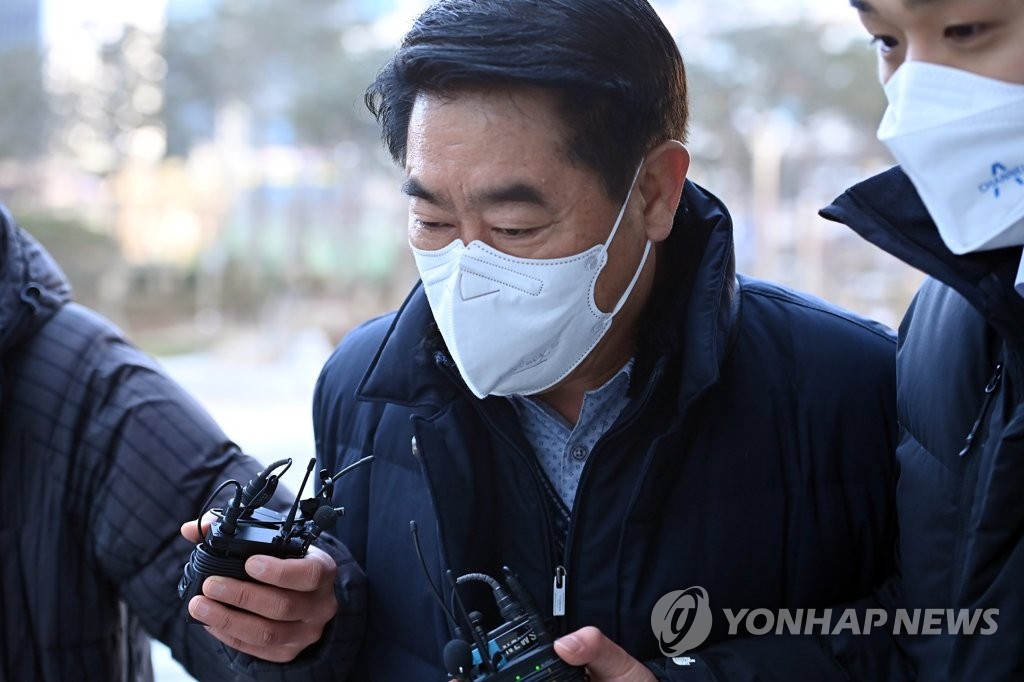