He, however, said the U.S. is still assessing the nature North Korea's recent missile launches, apparently to learn their exact capabilities.

"We will continue to take this threat and this improving program of Pyongyang's very, very seriously," he told a press briefing when asked about North's recent missile launches. 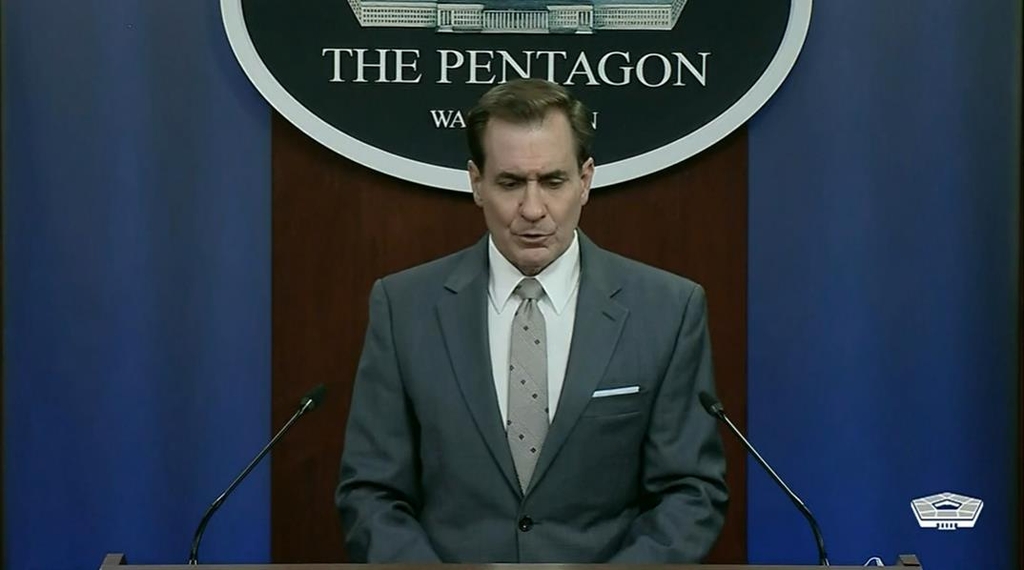 Citing photos of the launch released by North Korea, Seoul officials have said the missiles fired Monday appeared to be the KN-24, which are said to be a North Korean version of the U.S.' Army Tactical Missile System or ATACMS that fly a complicated trajectory, making them hard to intercept.

"We've assessed them as ballistic missiles, and we're still running the traps on that. So I don't have more detail on that," Kirby said when asked about the nature of the missiles involved in the latest North Korean launch.

North Korea fired what it claims to be a newly developed hypersonic missile on Jan. 5 and Jan. 11 before launching two short-range ballistic missiles on Friday.

Kirby noted the U.S. has clearly and repeatedly called the North Korean missile launches a threat to U.S. allies and partners in the region.

"We're not devaluing anything. Not at all," he said when asked if the U.S. was downplaying the threat posed by the North Korean missile launches since they did not pose immediate threat to the U.S. homeland.

"We have, as an administration, condemned these missile launches and called them out for what they are, clearly violations of various U.N. Security Council resolutions and dangerous to the region, certainly dangerous to our allies and partners, and we're taking that very seriously. There's no devaluing of any," he added.