SEOUL, Jan. 19 (Yonhap) -- Authorities in Seoul and nearby areas remained on alert Wednesday as the greater capital region was expecting heavy snow throughout the day.

The Seoul metropolitan government mobilized about 9,000 workers and 1,200 snow-removing cars and other equipment as a heavy snow alert has been issued across the city as of 9 a.m. More buses and subway trains have also been allocated during commuting hours to prevent transportation inconveniences.

Heavy snow alerts were also issued throughout most of the surrounding Gyeonggi Province.

Snow began to fall in the greater Seoul region from around 8 a.m., with 1-3 centimeters per hour worth of snow expected until 3 p.m., according to the Korea Meteorological Administration (KMA).

Snowfall will become heavier as snow clouds formed at the Yellow Sea move southeast at a speed of 40 kph, the KMA said. 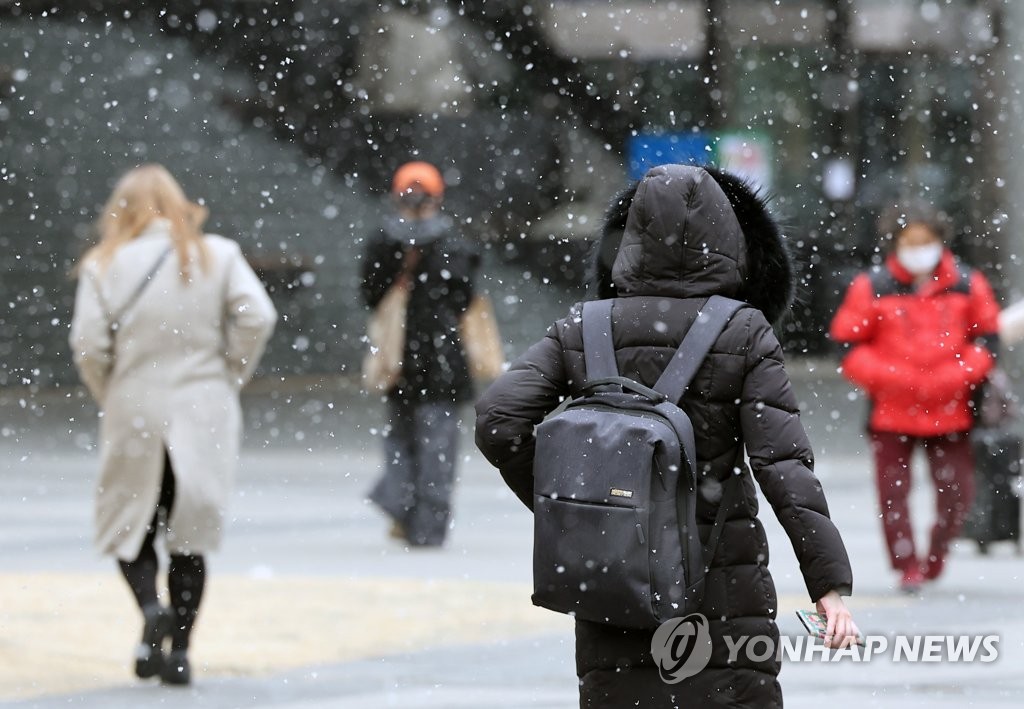 In the afternoon, the snow will further spread to many parts of the southern regions, including the southwestern Jeolla Provinces and the inland areas of the southeastern Gyeongsang Provinces.

At night, other parts of the country, including the eastern part of Gangwon Province and the southern Jeju Island, will also see snow.

Up to 7 cm of snow is forecast to pile up in the central region, with up to 20 cm expected in some parts of Gangwon Province, the southeastern Ulleung Island and the easternmost islets of Dokdo.

The KMA has issued preliminary heavy snow alerts in the greater Seoul area and other central regions, including the northern part of Chungcheong Province.