SEOUL, Jan. 19 (Yonhap) -- Heavy snow pounded the capital region in South Korea on Wednesday, disrupting traffic across Seoul and prompting the mobilization of thousands of civil workers for snow removal work across the city, according to officials

As of 1 p.m., 3.4 cm of snowfall was recorded in central Seoul, while heavier snow of up to 7.7 cm and 9 cm were seen in some parts of the surrounding Gyeonggi Province and the eastern Gangwon Province, respectively, according to the Korea Meteorological Administration (KMA).

Traffic was slowed down in downtown Seoul, causing many office workers to choose public transportation instead of personal vehicles to travel home in the evening.

The Seoul metropolitan government mobilized about 9,000 workers and 1,200 snow removal vehicles and other equipment, as well as allocating more buses and subway trains during commuting hours to prevent transportation inconveniences.

The KMA had lifted the heavy snow alert for most of the Seoul metropolitan area as of 2 p.m. as snow clouds moved southeast. The capital is expected to see an additional 1 cm of snow throughout the day, the KMA said. 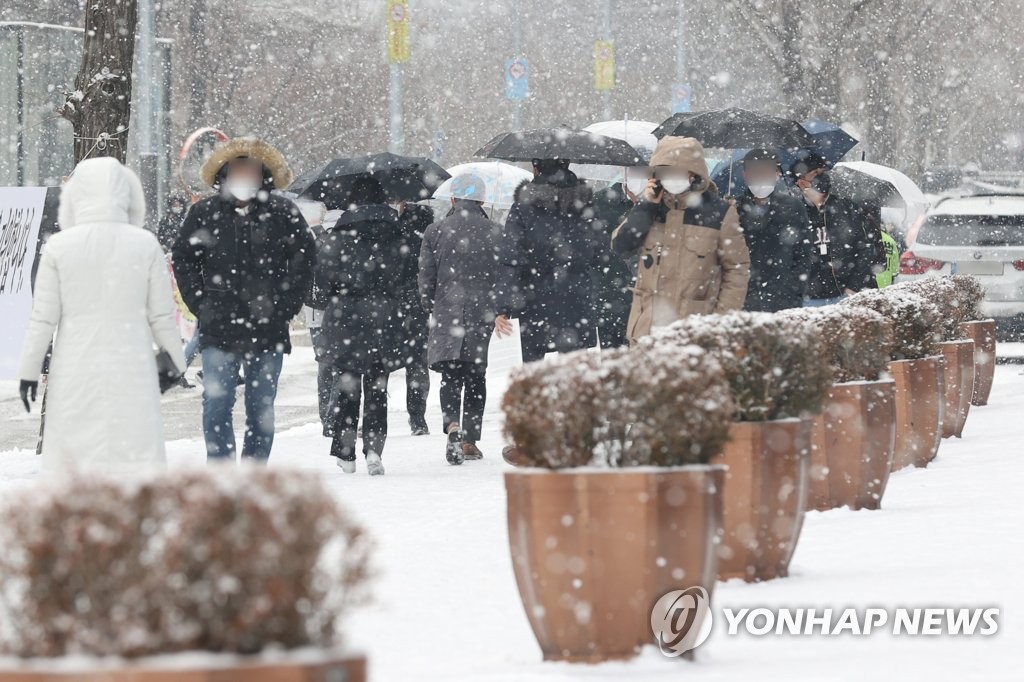 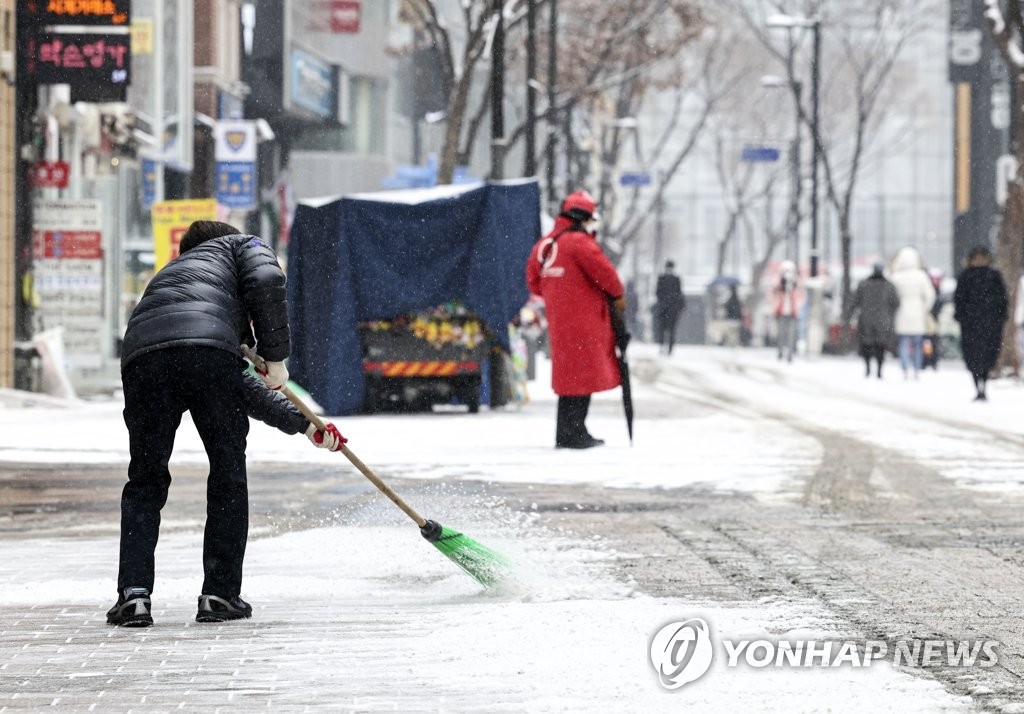 Later in the afternoon, the snowfall will spread to the country's southern regions, including the southwestern Jeolla Provinces and the inland areas of the southeastern Gyeongsang Provinces.

At night, other parts of the country, including the eastern part of Gangwon Province and the southern Jeju Island, will also see snow.

Up to 7 cm of snow is forecast to pile up in the central region, with up to 20 cm expected in some parts of Gangwon Province, the southeastern Ulleung Island and the easternmost islets of Dokdo.