RIYADH, Jan. 19 (Yonhap) -- South Korea and the regional union of six Gulf Arab nations agreed to resume their free trade negotiations in the first quarter of this year, with the aim of completing the negotiations as early as possible, Korea's presidential office said Wednesday.

The agreement was reached at a meeting between President Moon Jae-in and Gulf Cooperation Council (GCC) Secretary-General Nayef bin Falah Al-Hajraf earlier in the day, Moon's office said in a statement.

South Korea and the GCC had agreed to push for a free trade deal in 2007. The two sides held three rounds of talks until 2009, but the negotiations have since stalled after the council announced the suspension in 2010.

Trade volume between the two came to US$46.6 billion in 2020. The GCC, which has six member nations -- the UAE, Bahrain, Saudi Arabia, Oman, Qatar and Kuwait -- supplies 68 percent of South Korea's crude oil imports. 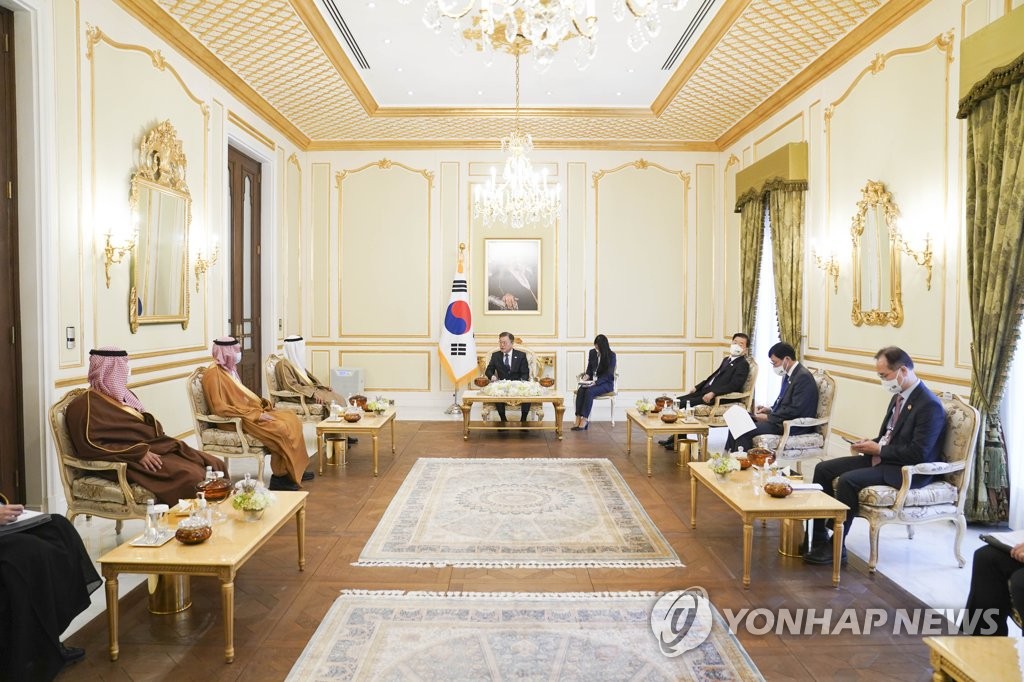 Moon, who is in Riyadh on the second leg of his weeklong trip to the Middle East, asked the GCC secretary-general to make efforts to produce "results that satisfy everyone" in the planned free trade talks.

If South Korea and the GCC sign a free trade pact, it will increase mutual interests in various fields, including goods, services, investment, energy and technology, Moon said.

The GCC secretary-general told Moon he will cooperate with member states to "reach a deal as soon as possible," according to the statement.

Moon and the crown prince agreed to work together in areas related to the hydrogen economy. 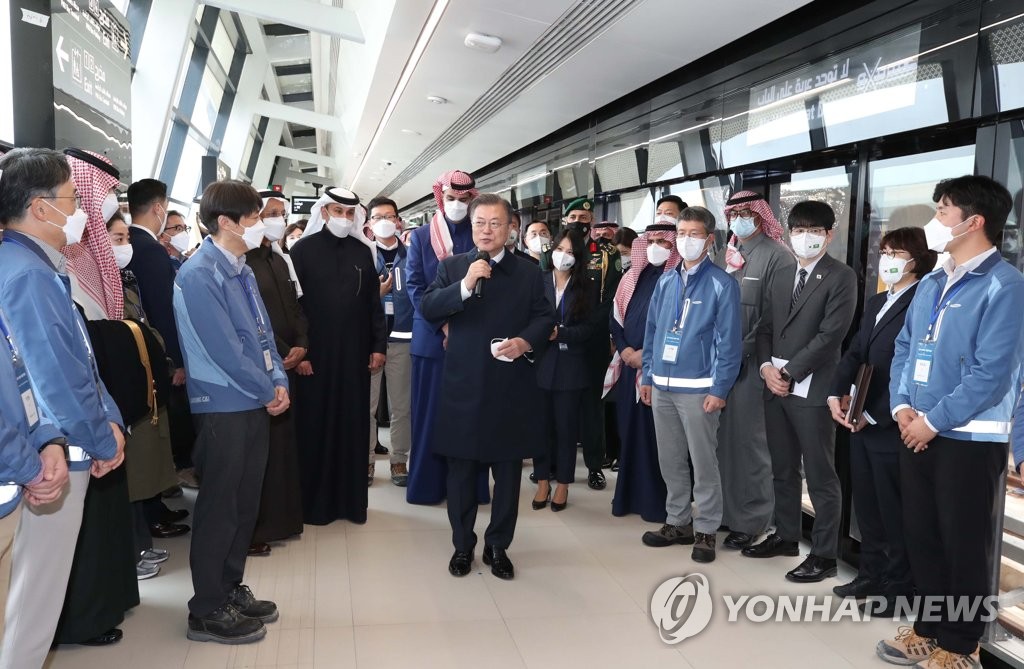 On Wednesday afternoon, Moon visited a construction site run by South Korea's Samsung C&T Corp. and encouraged employees for their hard work amid the COVID-19 pandemic.

Moon is scheduled to visit Egypt on Wednesday evening.