SEOUL, Jan. 19 (Yonhap) -- An appellate court upheld a life sentence Wednesday for a man charged with stalking a woman he befriended online and killing her and her family members in one of the country's most appalling stalking cases.

The Seoul High Court confirmed a lower court's life imprisonment for Kim Tae-hyun, 26, commenting "his life-in-prison sentence should be completely executed without a parole."

Kim was charged with killing the woman he met in an online game, along with her mother and younger sister, at their home in Seoul in March last year.

As she cut communications with him over his repeated stalking, Kim disguised himself as a deliveryman to enter her home and killed the youngest daughter who was at home alone. He waited for the other two victims to arrive and later stabbed them to death, according to probe records.

The prosecution had sought the death penalty for Kim, arguing the killings were premeditated. Kim had argued only the murder of the game mate was premeditated.

The lower court accepted prosecutors' claim that the killings of all three were premeditated, although it came short of giving the death penalty demanded by the prosecution.

"Having executed no death penalty for the past 25 years, capital punishment no longer has practical effect as a punitive measure in the country," the court said.

The court, however, insisted Kim should remain in "permanent isolation to repent for the rest of his life" and even argued he should be banned from the opportunity of parole while in prison. 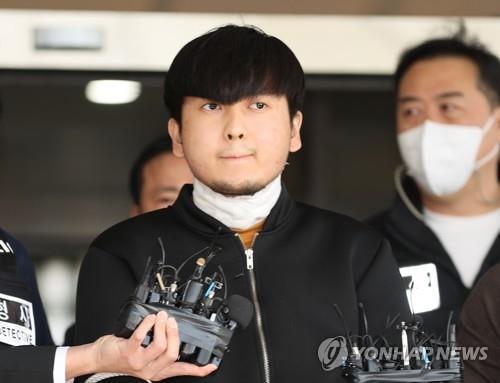 Stalking murderer of 3 women gets life sentence in appellate ruling

Stalking murderer of 3 women gets life sentence in appellate ruling