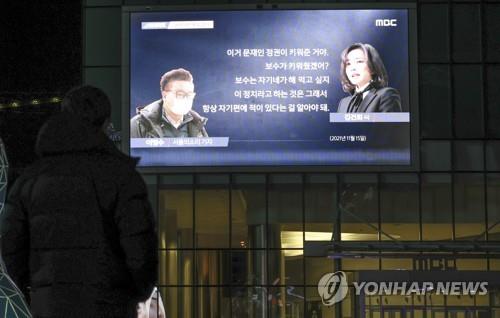 Ahead of last Sunday's broadcast, Kim had filed an injunction against MBC with the same court on Thursday. The court ruled the following day that MBC can air only parts of Kim's phone conversations, excluding the parts related to authorities' investigations into her.