"We strongly support and encourage the efforts of U.S. and international aid and health organizations in seeking to prevent and contain the spread of coronavirus in the DPRK and to provide other forms of humanitarian assistance to vulnerable groups in the country," the department spokesperson said, referring to North Korea by its official name, the Democratic People's Republic of Korea.

"It is the DPRK's stringent COVID-19 response that is severely limiting the ability of the international community to deliver aid. We also know the DPRK regularly diverts aid away from its most vulnerable populations," the official added. 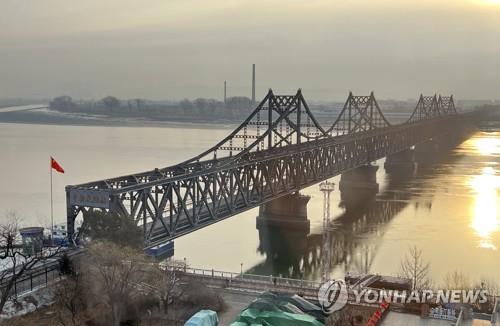 North Korea has staged four missile launches this year, including the test firing of what Pyongyang claims to be a newly developed hypersonic missile in two of those four launches.

The missile tests come amid a border shutdown that the impoverished North has maintained since early 2020 as a precautionary measure against the COVID-19.

North Korea has, at least partly, reopened its border with China, with two North Korean cargo trains arriving in China's border city of Dandong this week.

A Chinese foreign ministry spokesperson has also confirmed the resumption of trade between the countries.

"We share with the PRC a commitment to improving the humanitarian situation in the DPRK," the department spokesperson said in an emailed response to Yonhap News Agency when asked to comment on the resumption of trade between China and North Korea.

"However, instead of addressing the needs of the North Korean people, the DPRK has chosen to continue prioritizing investment in its illicit weapons program. We urge the PRC to fully and completely fulfill their obligations under the DPRK U.N. Security Council resolutions that all U.N. Security Council Member States unanimously adopted," the official added.

The U.S. has said it will push for additional U.N. sanctions against North Korea for its latest missile tests.

Earlier reports suggested a U.N. Security Council meeting may be held as early as Thursday at the U.S.' request to discuss the North Korean missile issue.