Finance Minister Hong Nam-ki also stressed the need to run the economic policy in a delicate manner in a bid to pursue the harmonized operation with the monetary policy.

"The South Korean economy faces complicated conditions at home and abroad that could constrain its growth," Hong said at a government meeting on the economy.

He cited virus situations, external economic risks and fiscal conditions as major factors that could weigh on the economic growth.

The minister raised the need to meet many policy goals via a "policy mix" under which the government supports vulnerable people while the central bank tightens monetary policy. 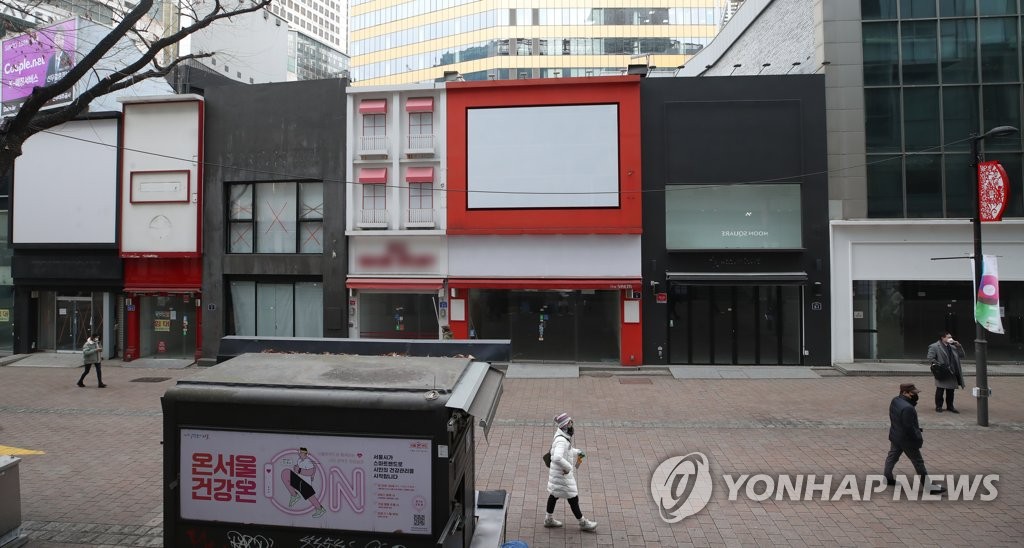 His remarks came amid concerns that the government's plan for another extra budget is not in sync with the central bank's efforts to curb inflation with rate hikes.

The finance ministry plans to propose an extra budget of some 14 trillion won (US$11.8 billion) to support pandemic-hit small merchants. The move could put further upward pressure on rising inflation.

Last week, the BOK raised the benchmark interest rate by a quarter percentage point to 1.25 percent, marking the third pandemic-era hike since August and November last year. The central bank hinted at more rate hikes in the coming months to tame inflation.

South Korea's consumer prices grew 2.5 percent last year from a year earlier, the fastest pace in 10 years, due to surging energy costs and high prices of farm products. The BOK put its 2022 inflation outlook at 2 percent.

Interest rates could further rise as the government plans to issue bonds to finance the planned extra budget.

Yields on three-year government bonds spiked to 2.148 percent on Monday, the highest since June 21, 2018, due to the impact of the BOK's rate hike and the planned extra budget.

The government seeks to assist pandemic-hit merchants with the supplementary budget, but the move could jack up people's interest payment burdens.

Global supply chain disruptions and uncertainty about the Federal Reserve's plan to scale down its monetary stimulus are expected to serve as major external risks for Asia's fourth-largest economy.