CAIRO, Jan. 20 (Yonhap) -- President Moon Jae-in on Thursday instructed the government to employ all possible anti-epidemic measures against the spread of the omicron variant, saying the highly transmissible variant has become a dominant strain in South Korea.

"It's a fait accompli that the omicron has become a dominant strain," Moon said, according to presidential spokesperson Park Kyung-mee.

Moon ordered the government to swiftly switch its anti-epidemic system to efficiently cope with the omicron and let the public know about the situation regarding the spread of the variant in detail, Park said.

Moon is in Cairo as part of a weeklong Middle East tour that already took him to the United Arab Emirates and Saudi Arabia.

While calling for the government's urgency in coping with omicron, Moon assured people the nation could overcome the threats of the omicron variant if utmost efforts are made to curb the spread of the variant. 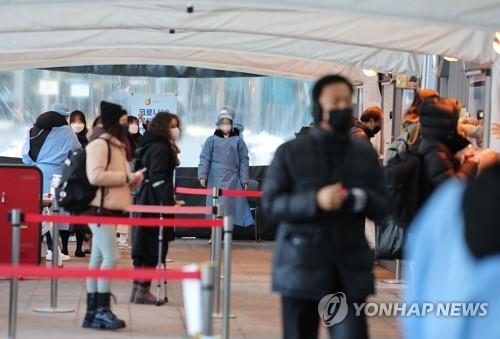 Since then, daily cases had been hovering around 3,000. However, daily cases jumped to over 6,000 for the first time in 27 days Thursday amid growing worries over the omicron variant.