WASHINGTON, Jan. 20 (Yonhap) -- The United States is willing and prepared to talk with North Korea at anytime, U.S. ambassador to the United Nations said Thursday, while also stressing that the option has always been on the table for Pyongyang.

Linda Thomas-Greenfield, however, also stressed the need to respond to North Korea's recent missile tests that she said jeopardized peace and security in the East Asian region.

"We have been clear from day one that we are willing to go to the negotiating table with the DPRK without any preconditions," she said when asked about the prospects of diplomacy with the North, referring to North Korea by its official name, the Democratic People's Republic of Korea. 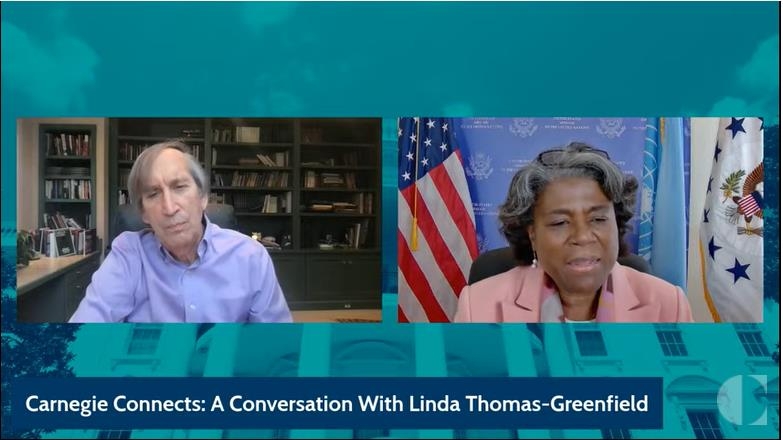 Her remarks came in a webinar hosted by the Heritage Foundation, a Washington-based think tank, and after North Korea conducted four rounds of missile launches since the start of the year, including the test firing of a self-claimed new hypersonic missile in two of those four launches.

Pyongyang has also said it will consider resuming "temporarily-suspended activities" that were aimed at building trust with the U.S., which many believe refer to its self-imposed moratorium on nuclear and long-range missile testing that has been maintained since November 2017.

Thomas-Greenfield stressed the need for the U.N. Security Council (UNSC) to respond to the North Korean missile launches.

"We have to respond to them. We have to let them know that their actions are unacceptable. It is jeopardizing peace and security in the region. The countries in the region feel very insecure about the tests that they have done," she said, noting the UNSC was set to discuss the North Korean missile issue later in the day. 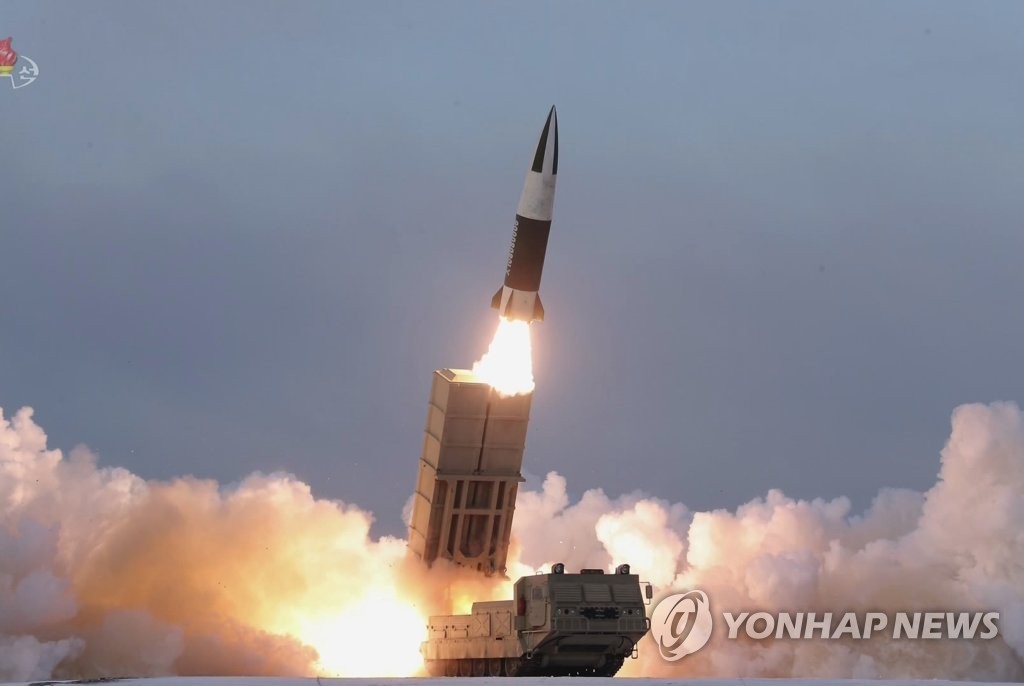 The top U.S. diplomat to the U.N. earlier said her country will push for additional UNSC sanctions against North Korea for its latest missile launches.

Reports, however, said China, a close neighbor of North Korea and a permanent member of the 15-member UNSC, has blocked U.S.-proposed sanctions on five North Korean diplomats by requesting a six-month delay of UNSC discussions on the issue.

AFP reported the delay can be extended by an additional three months, upon which the U.S. proposal can be permanently removed from the UNSC.

Thomas-Greenfield said the U.S. will work with China in areas where it is necessary, including North Korea.

"We see China as both a competitor and an adversary. We know that there are areas where we can work with the Chinese," she said.