The 290-ton vessel carrying 11 crew members is suspected of fishing in waters 122 kilometers west of the city of Seogwipo at 6:25 p.m. on Friday without authorization.

The Coast Guard plans to investigate crew members of the Chinese vessel after results of their COVID-19 tests, officials said.

Chinese fishing boats are allowed to enter South Korea's western EEZ for fishing on the condition that they keep records of their activities and operate within limits.

Last year, South Korea seized a total of 108 Chinese fishing boats in violation of due regulations. Of the total, 23 were caught for entering the zone without permits for fishing, and most of the remaining cases were for underreporting fish catches. 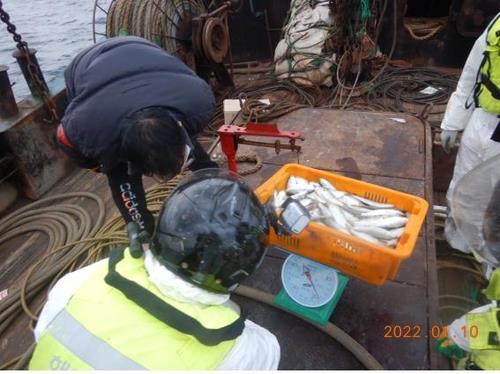