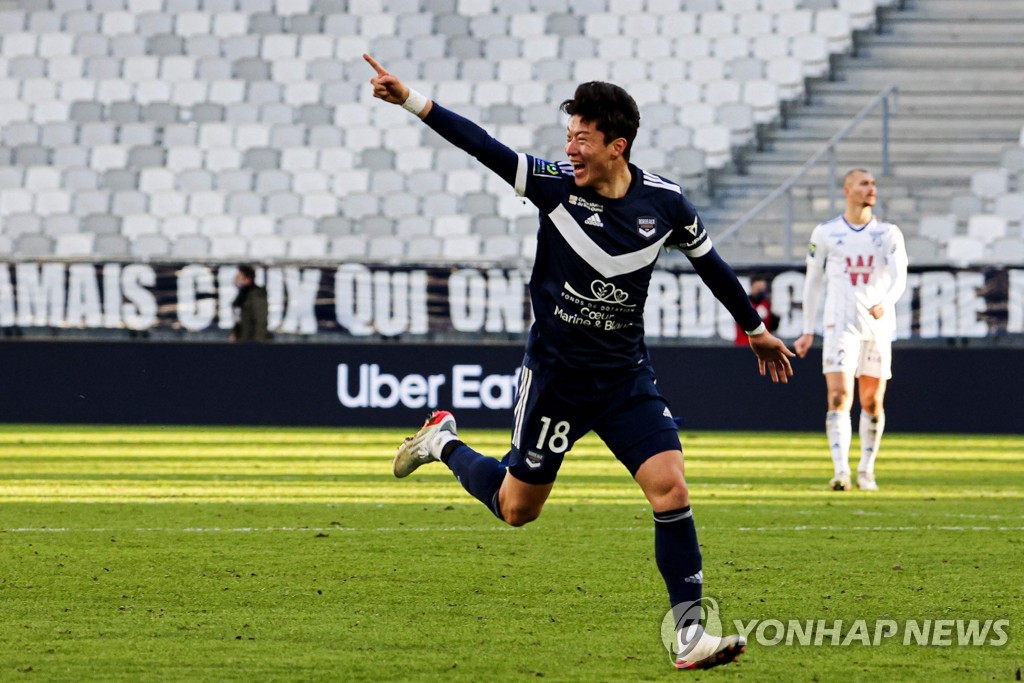 With 27 career goals in France, Hwang is now the all-time scoring leader among all Asian players in Ligue 1 history. Fellow Korean player Park Chu-young had held the previous mark with 25 goals.

The victory snapped Bordeaux's three-game losing streak, during which they were outscored by 10-2.

Hwang, 29, has been with Bordeaux since July 2019. He made his professional debut with Seongnam FC in South Korea's K League 1 and later played for Gamba Osaka of Japan's J1 League from 2017 to 2019.

Hwang had been held scoreless since Dec. 12 against Troyes. He ended that personal drought in the 17th minute against Strasbourg to give Bordeaux a 1-0 lead.

With his side up 2-0, Hwang scored in the 39th minute for a three-goal advantage.

Strasbourg made things more interesting with two unanswered goals that made it a 3-2 game, before Hwang gave Bordeaux some breathing room with his third goal of the match in the 90th minute. 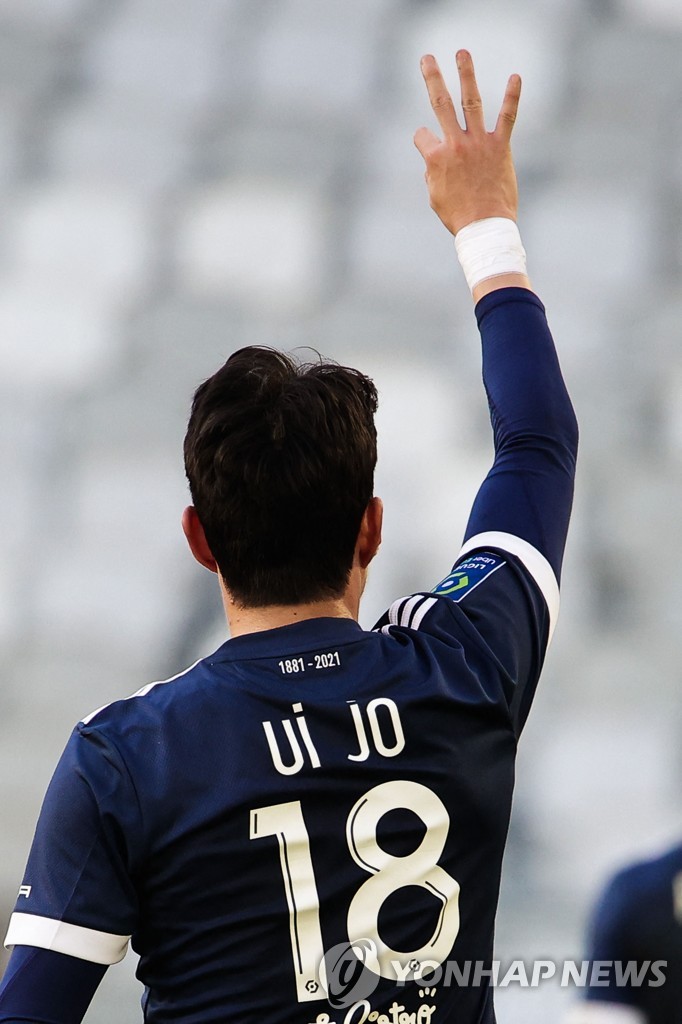 Strasbourg got a goal back during injury time to fall by one.

Hwang has nine goals in 17 matches so far this season. His French career high for a season is the team-leading 12 goals in 36 matches in the 2020-2021 campaign.

Hwang's explosion couldn't have come at a better time for the South Korean national team. The striker has been named to the men's roster ahead of World Cup qualifying matches -- against Lebanon on Thursday and then Syria on Feb. 1. South Korea will likely be without two Premier League attackers, Son Heung-min of Tottenham Hotspur and Hwang Hee-chan of Wolverhampton Wanderers, both of whom have been sidelined with injuries. That will leave Hwang Ui-jo as the only viable scoring threat up front, with South Korea on the verge of qualifying for the 2022 FIFA World Cup in Qatar. 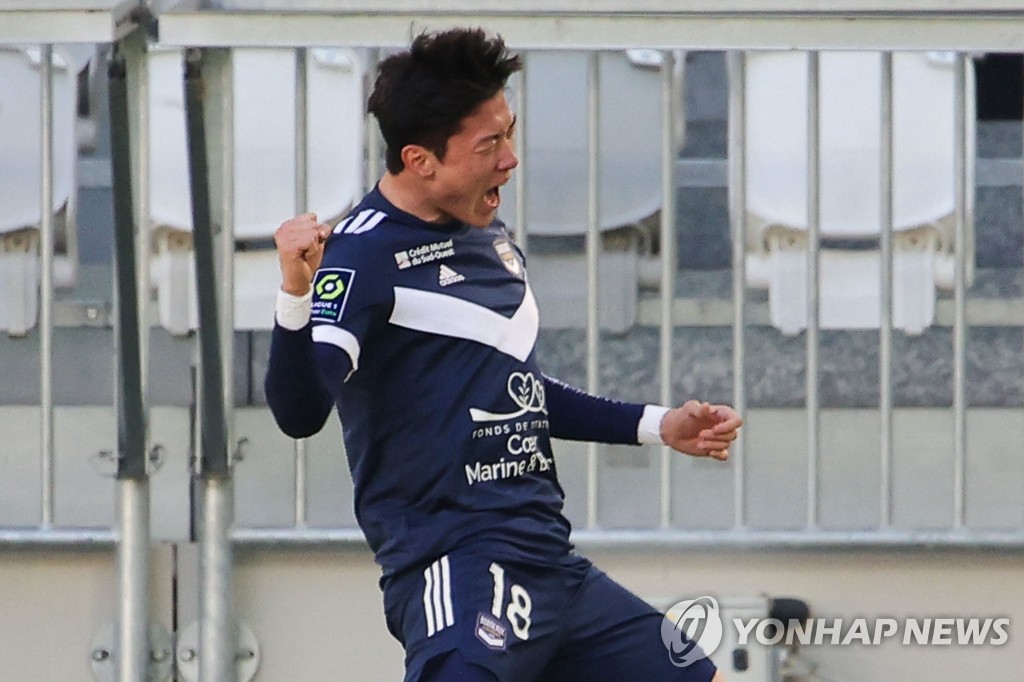