SEOUL, Jan. 24 (Yonhap) -- South Korea's daily coronavirus cases stayed above 7,000 for the third straight day Monday amid deepening concerns over the fast spreading omicron variant that has become the dominant strain in the country.

The country added 7,513 new COVID-19 infections, including 7,159 local infections, raising the total caseload to 741,413, according to the Korea Disease Control and Prevention Agency (KDCA).

The latest tally almost doubled from last Monday's 3,857. It marks the fourth-largest daily figure since the pandemic began two years ago and the biggest recorded for a Monday. The record high to date was 7,848 on Dec. 15.

Daily infection tallies tend to slow on Mondays due to fewer tests on the weekend, but the fast spread of omicron appears to be breaking the trend.

As of 6 p.m. Monday, the country had reported 5,869 new COVID-19 cases, sharply up 1,454 from the same time the previous day, according to health authorities and city governments. Daily cases are counted until midnight and announced the following morning.

The government said the omicron variant is now the dominant COVID-19 virus strain in South Korea, citing its detection rate that reached 50.3 percent last week. The country added 4,830 more omicron cases over the past week, putting the total at 9,860, the KCDA said. 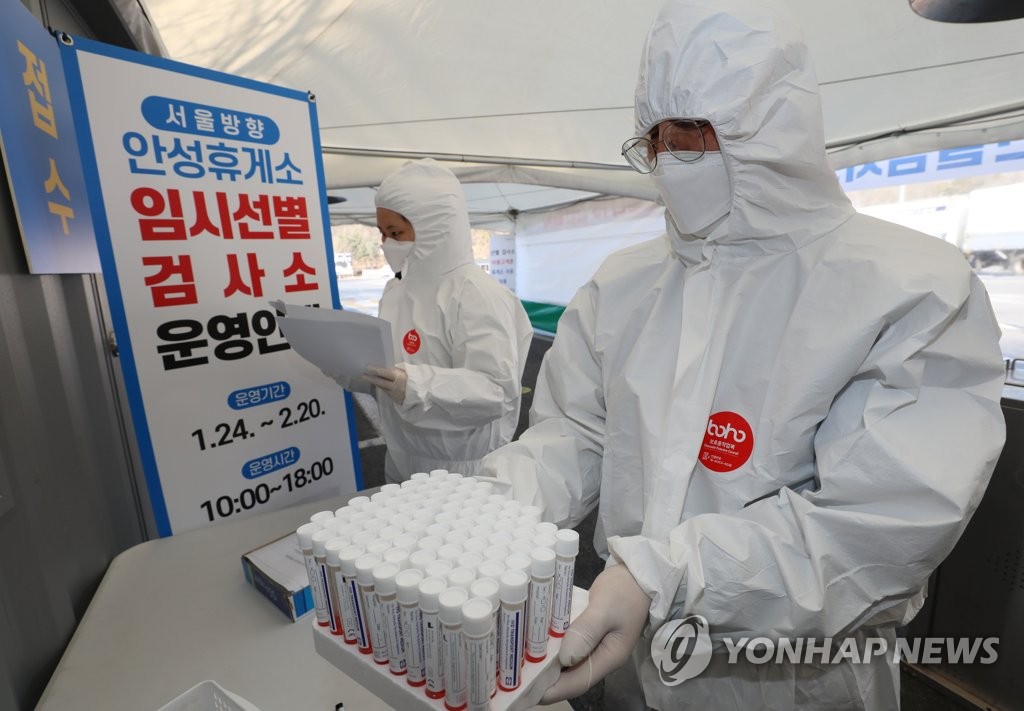 Prime Minister Kim Boo-kyum asked people to refrain from traveling and visiting their hometowns during the Lunar New Year holiday to help contain the omicron variant.

"It will be no different from pouring fuel on a burning fire," Kim said, referring to potential dangers of a massive hike in travel during the holiday that runs from Jan. 31 to Feb. 2.

The daily average of confirmed patients hit 5,962 last week, a 50 percent increase from the previous week, the government said, vowing to respond effectively to omicron-hit areas.

Although the fatality rate of the omicron variant is 0.16 percent, far lower than the delta variant's 0.8 percent, its fast spread among high-risk patients could lead to a surge in critical cases and deaths, KDCA Commissioner Jeong Eun-kyeong said in a briefing.

"Due to its high transmission ability, we believe that, if a large-scale outbreak occurs within a short period of time, it could put a serious strain on the antivirus and medical response," Jeong said.

The KDCA revised up the national COVID-19 risk level to "very high," the highest in a new five-scale system that determines the degree of danger.

The number of critically ill COVID-19 patients came to 418, down 13 from Sunday. 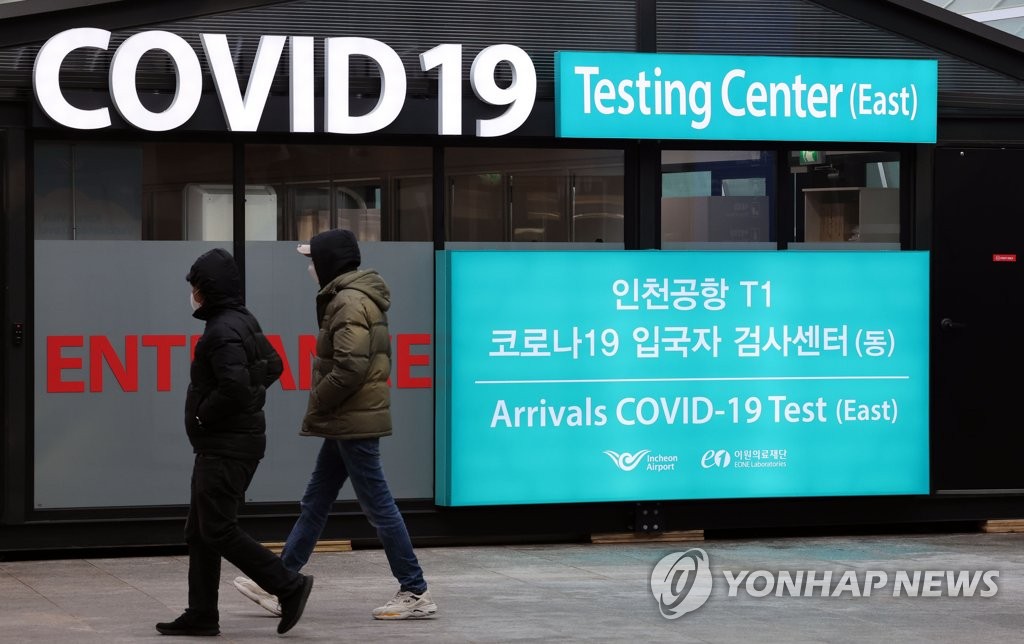 To stem the spread of omicron, the government said it will implement a new medical response system focusing on early virus detection and treatment for high-risk groups, such as elderly people and those with underlying diseases.

The self-quarantine period for unvaccinated patients will be shortened to seven days from the current 10. Fully vaccinated people will be subject to monitoring instead of undergoing a quarantine if they test positive for the virus.

The government will first adopt the new medical response system Wednesday in parts of the country's southwest and Gyeonggi Province near Seoul, where the omicron variant is spreading fast, before deciding when to implement the new omicron response system nationwide.

As of Monday, 43.8 million people, or 85.4 percent of the country's 52 million population, had been fully vaccinated, and 25.24 million, or 49.2 percent, had received booster shots, the health authorities said.