SEOUL, Jan. 24 (Yonhap) -- The Bank of Korea (BOK) said Monday it has successfully completed its first phase of a two-step mock test of the feasibility of a central bank digital currency (CBDC) as it is reviewing whether to introduce the potential new form of money.

The BOK launched the first phase in August last year and completed the experiment in December, in which the central bank said a CBDC showed normal operations in a cloud-based environment.

"We will confirm the possibility of operating various functions, such as offline settlements, and the application of new technologies, such as one intended to strengthen privacy protection during the second phase of the test," the BOK said in a press release.

The second phase of the test will be carried out until June 22, the BOK said.

Global central banks have been speeding up their research on digital currencies to brace for a fall in demand for cash and the emergence of cryptocurrencies in the private sector.

China has been pushing to issue a CBDC this year, possibly making itself the first major economy using the new form of currency, while the U.S. Federal Reserve reportedly launched a review of its potential benefits. 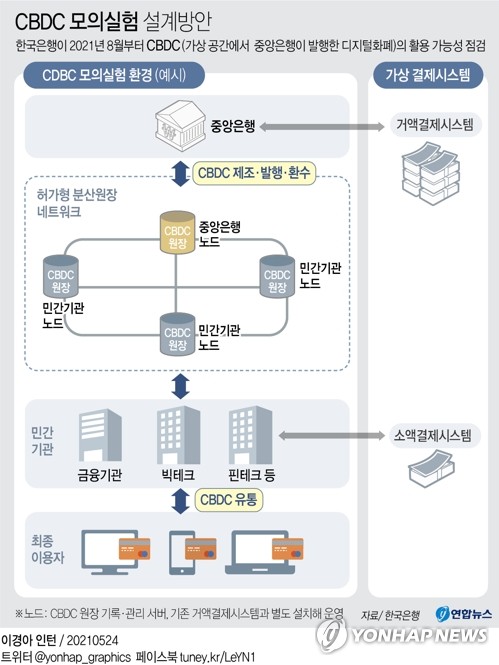