SEOUL, Jan. 24 (Yonhap) -- Finance Minister Hong Nam-ki said Monday he plans to meet with the chiefs of the central bank and the financial regulator next month to discuss volatility in the financial market at home and abroad.

Hong said he plans to hold an extended meeting on macroeconomics with Bank of Korea (BOK) Gov. Lee Ju-yeol and Koh Seung-beom, chairman of the Financial Services Commission, in early or mid-February, according to the finance ministry.

Hong instructed his officials to prepare for economic situations in a timely manner, as a set of key economic data will be announced at home and abroad, according to the finance ministry.

Market players expected the Fed may indicate it will begin to raise the federal funds rate in March when the U.S. central bank holds its two-day policy meeting Tuesday and Wednesday.

The International Monetary Fund will unveil its 2022 economic outlook, and the BOK also plans to release data on the fourth-quarter and 2021 gross domestic product Tuesday.

South Korea's statistics agency will release data on industrial output for December last year and 2021 on Friday, and the January inflation on Feb. 4. 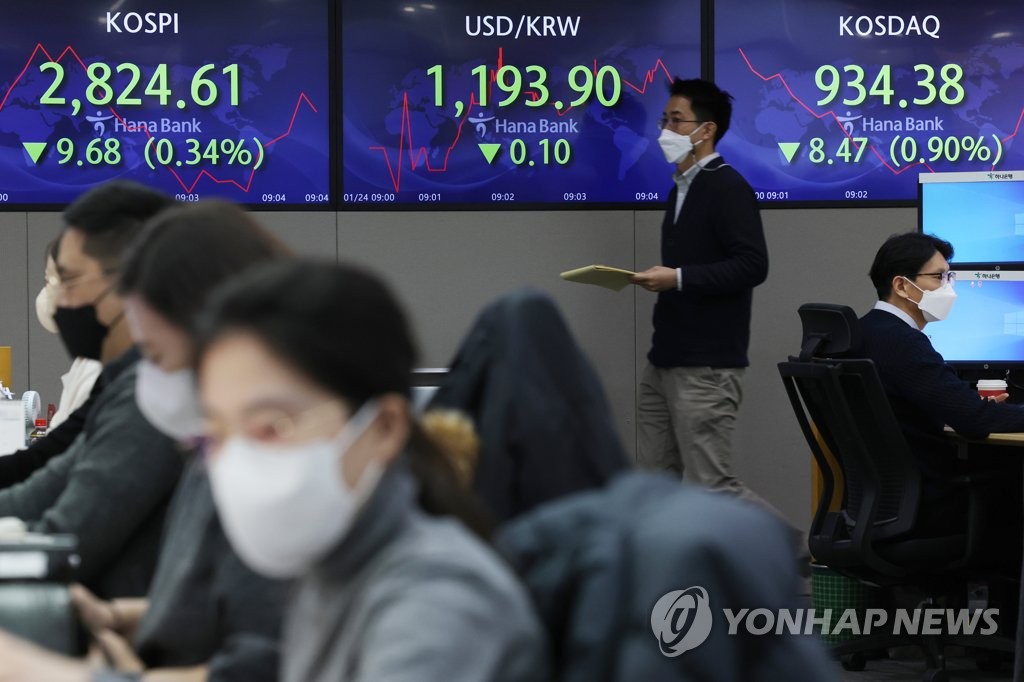 Finance minister to meet with heads of BOK, financial regulator next month

Finance minister to meet with heads of BOK, financial regulator next month