SEOUL, Jan. 24 (Yonhap) -- Having bagged two consecutive wins at the top Asian women's football competition, South Korea will next face their biggest obstacle yet against Japan.

South Korea blanked Myanmar 2-0 to improve to six points in Group C of the Asian Football Confederation (AFC) Women's Asian Cup in India on Monday. To close out the group stage, South Korea will be up against Japan, the two-time defending champions, Shree Shiv Chhatrapati Sports Complex in Pune, south of Delhi, on Thursday.

Japan, the highest-ranked team in the group at No. 13, will play the 32nd-ranked Vietnam later Monday. Barring any major upset, Japan should prevail and set up a battle of two undefeated nations on Thursday. 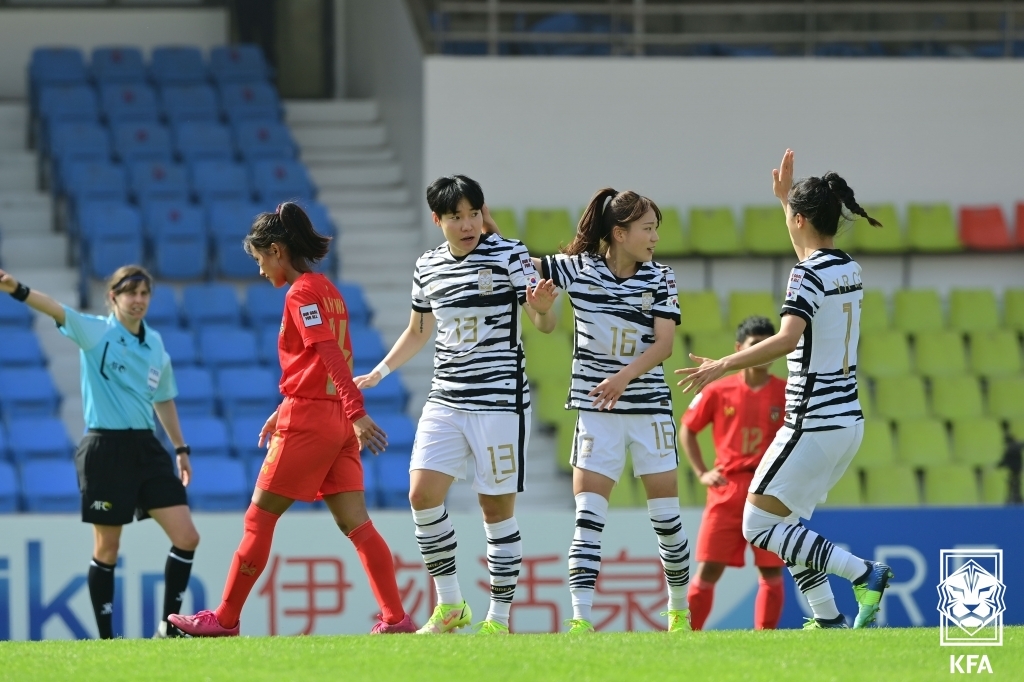 South Korea head coach Colin Bell said it "should be an exciting match."

"We know that Japan are a very, very strong team. They're technically very good. They have world class players," Bell said at his postmatch press conference Monday. "It's a big test for us but we need to be competing against the best to see how far we've come and what we need to do."

South Korea, world No. 18, have managed just four wins in 31 matches against Japan, along with 10 draws and 17 losses. Their most recent victory came in August 2005.

To end the winless drought, Bell said his players have to be much sharper in their transition game and have to maintain their defensive structure from start to finish. 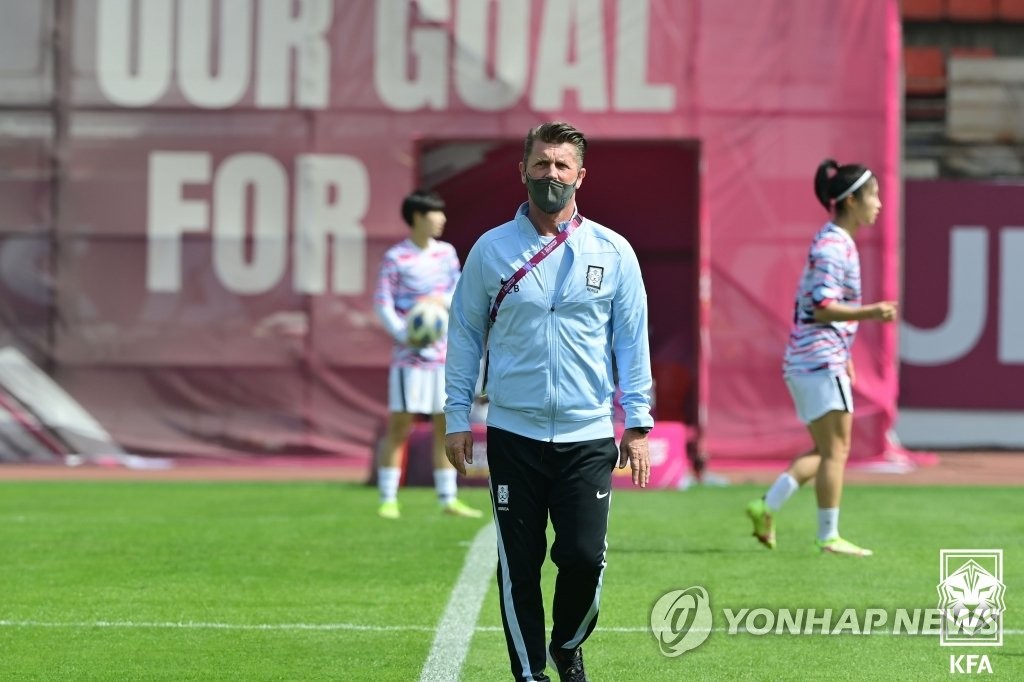 "I think we had a few unforced errors (against Myanmar) when we were going forward and when we tried to play as expansive as possible," he said. "That transition to defense has to be excellent. And organization when we're attacking has to be very good. We had a couple of situations where our organization was a little bit off. We were able to recover quickly enough and Myanmar weren't able to finish anything. But against Japan, if we give them these kinds of invitations, they will take them."

Both of South Korean goals against Myanmar came in the second half, with Bell's team unable to generate much offense against the low block set up by the underdogs. Lee Geum-min and Ji So-yun, two England-based veterans for South Korea, came through with goals as the team's superior talent took over.

"The result is the most important thing. We won the game and that's positive," Bell said. "But I'd like to give Myanmar a big compliment. They worked very, very hard. They were very aggressive. They made life very difficult for us."