SEOUL, Jan. 24 (Yonhap) -- National Assembly Speaker Park Byeong-seug could attend the opening of the Beijing Olympics next month as part of a parliamentary delegation, a source said Monday.

Park's attendance at the Feb. 4 opening ceremony of the Beijing Winter Olympics is currently under review and has not been confirmed, the source close to political circles told Yonhap News Agency by phone.

Under the plan, the speaker would lead a parliamentary delegation to the Games, which would be separate from the government's official delegation.

With President Moon Jae-in's attendance not under consideration, the government has reportedly been weighing Culture Minister Hwang Hee or Education Minister Yoo Eun-hae as the chief of its delegation. 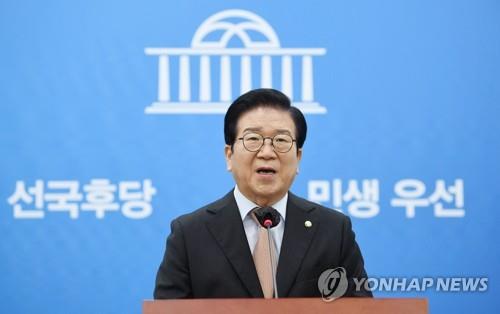