"We've been very clear about our concerns over the advancing nuclear ambitions and ballistic missile capabilities of Pyongyang," Kirby said in a press briefing.

"We continue to condemn it and to call on the North to cease these provocations and to abide by international law and these Security Council resolutions and to try to find ways to de-escalate the tensions," he added. 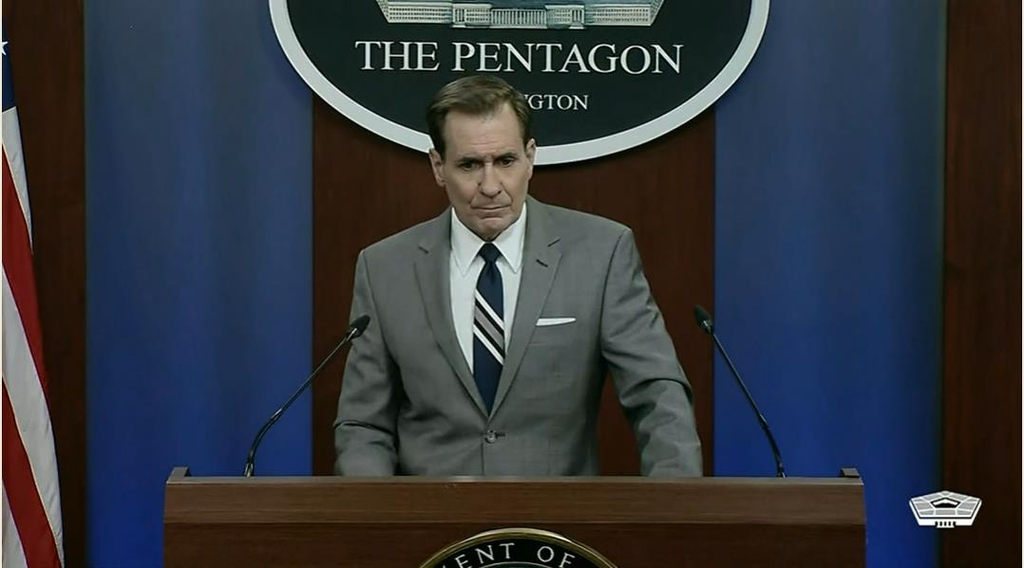 The remarks come after North Korea staged four rounds of missile launches since the start of this year that included the test firing of a self-claimed hypersonic missile in two of those four launches.

Pyongyang has also hinted at resuming its nuclear and intercontinental ballistic missile testing, saying it will consider restarting "all temporarily-suspended activities."

"We've said very clearly ... that we will be willing to sit down (with North Koreans) without preconditions. They've shown no desire to move that forward," said Kirby.

He earlier said the U.S. continues to believe "diplomacy is the best track to take" for the complete denuclearization of the Korean Peninsula.

Kirby renewed his call on China to help bring North Korea back to the dialogue table, partly by implementing U.N. Security Council sanctions against the North that are currently in place.

"China's a neighbor, a direct neighbor of North Korea. They have influence in Pyongyang. We know that. They know that. Pyongyang knows that," he said. "And we've continued to call on China to use the influence that it has to support the international community and UN Security Council resolutions that China themselves have signed up for, to help get them enacted and to support the sanctions."

North Korea remains unresponsive to U.S. overtures since U.S. President Joe Biden took office in January 2021. Pyongyang has also stayed away from denuclearization negotiations with the U.S. since late 2019.