The gross domestic product is estimated to have grown 4 percent in 2021, marking a turnaround from a year earlier when the economy contracted 0.9 percent, the worst performance since 1998, according to the data from the Bank of Korea (BOK).

The 2021 growth rate marked the highest tally since 2010, when the economy expanded 6.8 percent. It also met the central bank's annual growth outlook.

In November, the BOK predicted the country's economy will grow 4 percent for 2021 and 3 percent for this year. The central bank will announce its updated growth outlook next month.

For the fourth quarter, the economy is estimated to have grown 1.1 percent, accelerating from the previous quarter's 0.3 percent gain, the data showed.

South Korea has sought to bolster the economy, which has been hit hard by the coronavirus pandemic and toughened social distancing curbs by expanding government spending, including two extra budgets of around 50 trillion won (US$41.8 billion) in total last year.

The BOK cited the government's extra budgets, eased antivirus curbs, high vaccination rates and consumers' adaptation to the pandemic, coupled with rebounding exports, as factors that contributed to the overall upward trends of economic growth.

Exports jumped 9.7 percent, bouncing back from a 1.8 percent contraction in 2020, driven by brisk overseas sales of semiconductors and oil-related products, despite global supply chain disruptions.

"As the global economy is showing signs of recovering, private spending is trending upward, though there is the possibility of intermittent ups and downs, and exports remaining robust, the (Korean) economy is expected to stay on a recovery track," Hwang Sang-pil, a senior BOK official, said in an online press briefing.

He cited the coronavirus pandemic, global supply chain disruptions and the slowing Chinese economic growth as potential downside risks that could weigh on the South Korean economy going forward. 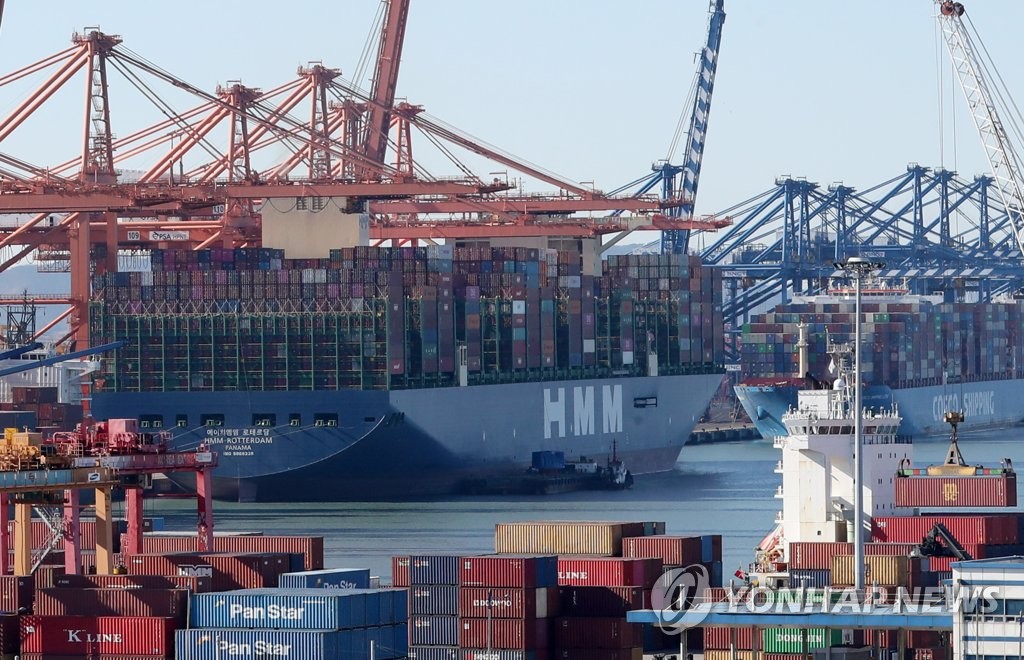