SEOUL, Jan. 25 (Yonhap) -- South Korea's daily coronavirus cases are expected to surpass 10,000 for the first time amid deepening concerns over the fast spreading omicron variant that has become the dominant strain in the country, data showed Tuesday.

As of 9 p.m. Tuesday, the country had reported 9,218 new COVID-19 cases, up 1,781 from the same time the previous day, according to health authorities and city governments. Daily cases are counted until midnight and announced the following morning.

The next day's daily virus tally will surely top 10,000 for the first time since the COVID-19 outbreak, breaking the previous record high of 8,571 set on Tuesday. 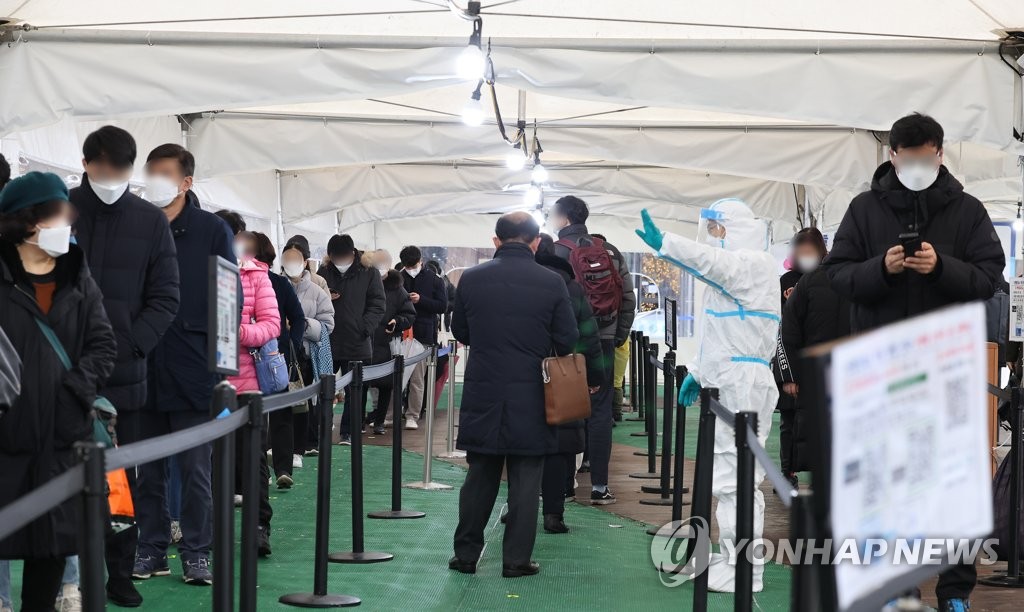 As of 3 p.m. Tuesday, 25.72 million people, or 50.1 percent of the country's 52 million population, had received booster shots, the KDCA said. The number of fully vaccinated people came to 43.84 million people, accounting for 85.4 percent.