SEOUL, Jan. 25 (Yonhap) -- She may have been born in Germany, but luger Aileen Frisch, naturalized as a Korean citizen in December 2016, feels she has come of age while living in her adopted country.

Frisch, 29, will represent South Korea for her second straight Winter Olympics next month in Beijing. Her Olympic debut in Korean colors came four years ago at the home track in PyeongChang, where she finished eighth. It was the best Olympic performance ever by a South Korean luger.

A lot has happened over the past four years, not the least of which was a serious crash that caused career-threatening injuries. But most of all, Frisch thinks she has grown up a lot off the track. 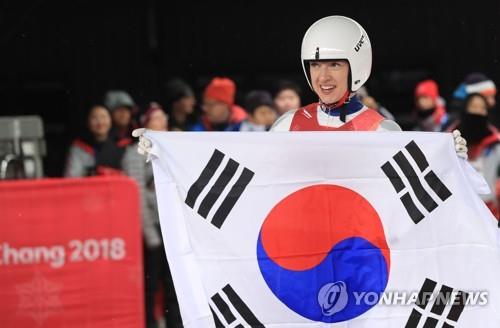 "I came to a country where I didn't know the language. I learned that I could be really focused on my goals and I could deal with many, many difficulties," Frisch told Yonhap News Agency in a phone interview Monday. "It gave me the feeling that I am a strong person and nothing in life would be able to push me from my way."

Frisch was a former world junior champion who retired from the sport in 2015 at age 22. But her passion was rekindled when Steffen Sartor, a German-born coach for the South Korean national luge team, reached out in 2016.

Frisch spoke of how competing for South Korea ahead of the 2018 Winter Olympics allowed her to start looking at the big picture.

"On the German team, everything was with a lot of pressure. You couldn't really focus on the main goal of the season. You always had to focus on the next race and the next race," she said. "In Korea, when I first came, I was focusing on the Olympics. It was quite good for me to learn that you can't only look to the next week, but you also had to look toward the future and how the decisions you make today will affect the future. This is something important that everyone learns sooner or later in their lives. I definitely learned that." 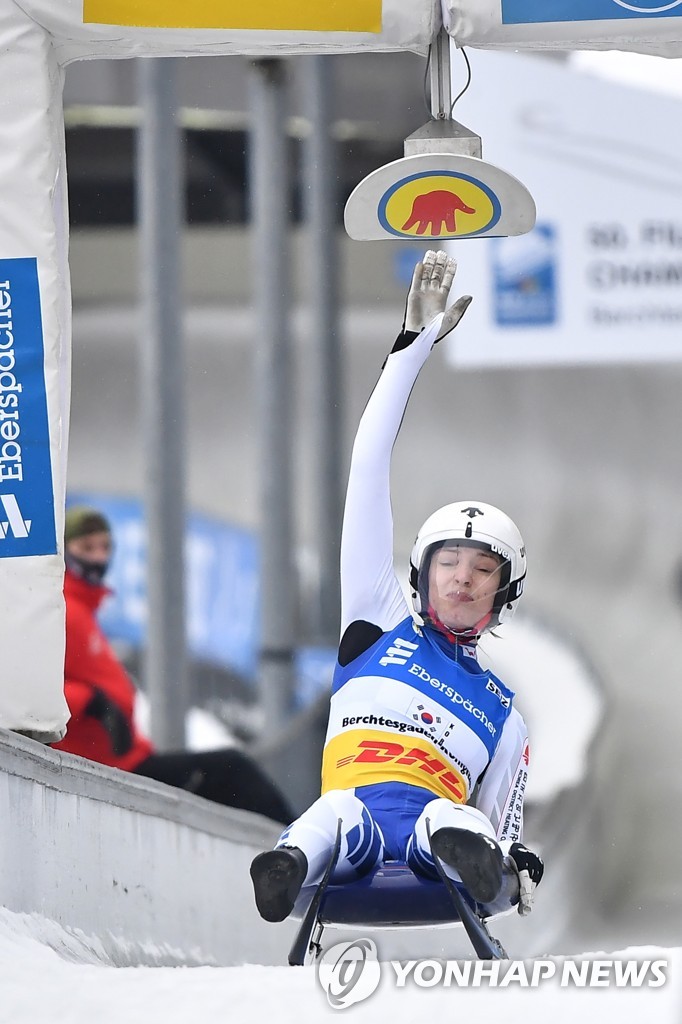 Frisch was one of several foreign-born athletes who were fast-tracked to South Korean citizenship before the PyeongChang Winter Olympics. Hosting its first Winter Games, South Korea looked to gain at least some competitive edge in sports where it hadn't done well in the past.

After PyeongChang, though, many of those athletes returned to countries of their birth. But Frisch, who rescinded her German citizenship but has a dual Slovenian citizenship because of her father's roots, stayed put. And she wouldn't have had it any other way.

"Korea became a part of my life," she said. "I am really thankful for what Korea gave me. It was the opportunity to be at the Olympics and to do the sport I love. I love this country a lot. I can't imagine giving up my Korean citizenship."

Frisch had little trouble adjusting to the fast-paced life in South Korea. She said she has been especially impressed with how "everything is so convenient" in her new country. As a foreigner in Seoul, Frisch has always found it easy to find food that she wants. Her improving Korean skills have helped, too, as has living close to a German bakery in Seoul. 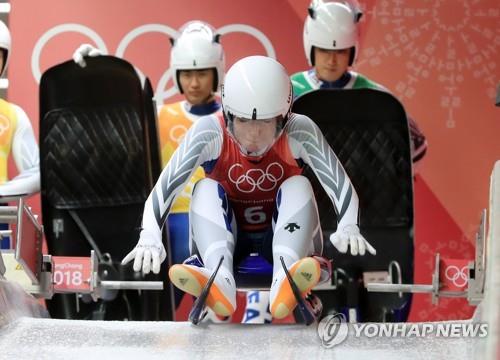 While continuing to represent South Korea internationally, Frisch suffered devastating injuries in February 2019 during an International Luge Federation (FIL) World Cup race. She broke both hands, her lower back and her tailbone.

Frisch said her body will never be the same, even after years of rigorous rehab. For two years after the crash, she couldn't sit anywhere without a cushion. Injuries also limited her in training. She managed to find a physiotherapy clinic in Seoul that helped her with the recovery.

On top of those physical issues, Frisch also had to overcome mental blocks.

"During my career, I've had many, many crashes," she said. "The most important thing is to overcome the first fears and everything will be fine. I was more worried about my future after the sport. This is something that's harder to deal with."

Still feeling the effects of her injuries, Frisch struggled through this past World Cup season, never once breaking into the top 20. But to her worried parents, results matter much less than their daughter's health.

"My parents told me to come back (from Beijing) in one piece. They are really scared after I had that accident," Frisch said. "It's really hard for them now, more than before, because they know what can happen in this sport." 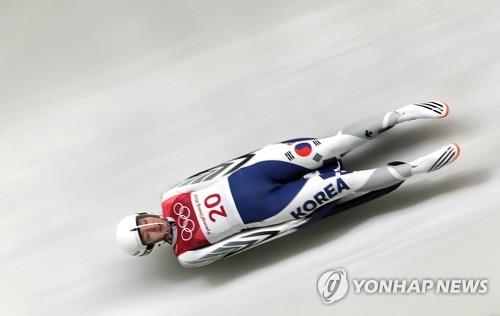 In addition to avoiding a crash, Frisch said she is aiming for a top-15 finish in Beijing, which she admitted will be hard to do.

But Frisch also pointed to her top-eight performance at PyeongChang 2018, which came after a series of mediocre World Cup runs, and said she will once again try to rise to the occasion.

"I didn't have great results during the World Cup season, but when it comes to the most important competition of the year, I am usually better, and I can motivate myself better than before," Frisch said. 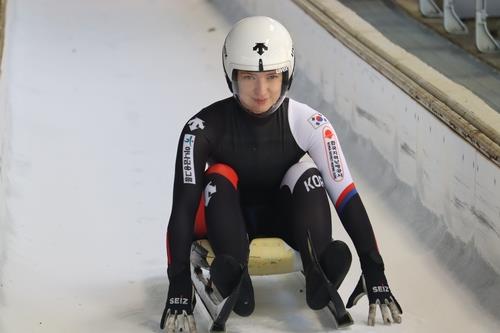