SUWON, South Korea, Jan. 25 (Yonhap) -- A woman and her husband were sentenced to 30 years and 12 years in prison, respectively, by an appellate court Tuesday for killing their 10-year-old live-in niece after repetitive abuse, including "water torture."

The Suwon High Court in Suwon, 46 kilometers south of Seoul, upheld a lower court's prison sentences for the couple, identified only as a 35-year-old female shaman and a 34-year-old Korean classical musician, after convicting them of murder and child abuse.

They were also ordered to complete an 80-hour child abuse treatment program and banned from working at child-related facilities for 10 years.

The two were arrested in February last year soon after their niece, the daughter of the woman's younger sister, died of secondary shock at a local hospital. They were indicted on the charge of beating the child on several occasions and plunging her head into a bathtub full of water for about 30 minutes at their home in Yongin, near Suwon.

Meanwhile, the deceased girl's mother, who reportedly abandoned the child after her divorce and was later charged with aiding and neglecting child abuse, was sentenced to three years in prison by a district court in September last year. 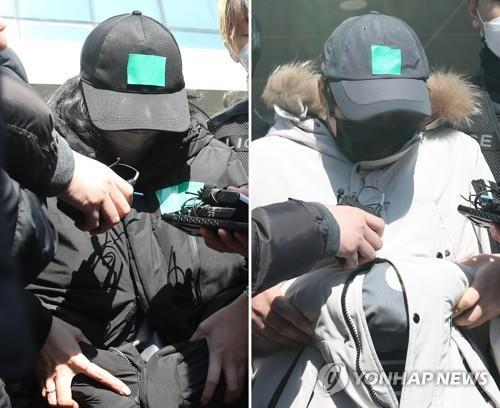 Couple sentenced to 30 and 12 years, respectively, for fatal abuse of niece

Couple sentenced to 30 and 12 years, respectively, for fatal abuse of niece