The businessman, surnamed Kim, who has offices in South Korea and China, was indicted in 2018 on charges of receiving the software from a North Korean technology group in 2007 and selling the program in South Korea as if his company developed it.

In return, Kim allegedly sent the North US$860,000 as well as unspecified military secrets.

Kim used to be a member of a pro-North Korea student's group and started a business related to economic cooperation between the South and the North in the early 2000s, according to court records.

During court hearings, he has denied charges against him, claiming that he met with Pyongyang officials under the permission of the South Korean government.

But the Seoul Central District Court convicted him of violating the National Security Act.

"The accused leaked confidential military information obtained through his business to North Korea, causing threats to security and safety of the country, and he also gained considerable profit," the court said.

"North Korea is a partner for Korean people's peaceful unification, but at the same time, a regime that poses a risk to South Korea's existence and democracy as it is based on dictatorship and Juche ideology (self-reliance) that cannot go with South Korea's democratic constitutional order," the court added.

The court acquitted the vice CEO of Kim's company who was also indicted on similar charges, saying he likely did not know the program was developed by North Korea. 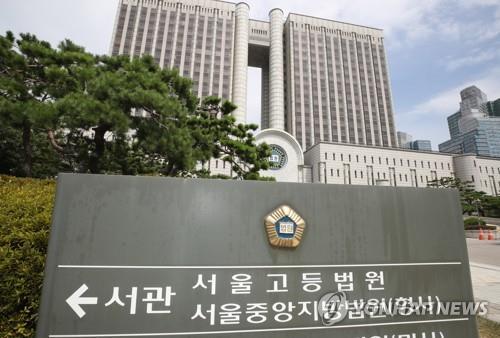