He was briefing them on the Moon Jae-in administration's peace drive and requesting international support for it in the wake of a string of recent missile launches by the North. Pyongyang has even hinted at the odds of scrapping its yearslong moratorium on nuclear and long-range missile testing.

"While preparing for the possibility of additional (provocative) measures by the North, the South Korean government would like to emphasize that dialogue and cooperation are the only solution for peace on the Korean Peninsula," the minister said during the Seoul session joined by dozens of foreign diplomats, including those from the United States, China, Japan and Russia.

He reaffirmed that the Moon administration will keep doing its best "till the last" to persuade the North to opt for the path of dialogue and not to return to the era of grim confrontation and conflict. Moon's single five-year tenure is to end in early May.

Lee, Seoul's top inter-Korean policy maker, pointed out time is not on anyone's side. He cited sensitive political schedules later this year, apparently referring to the March 9 presidential poll in South Korea and the U.S. mid-term election in November.

"As time goes by, there is a possibility that room for movements for South and North Korea as well as the U.S. will be narrowed," he said, adding that is a reason why they are at an important moment in terms of regional security and the current conditions are more "favorable" than those later in the year. 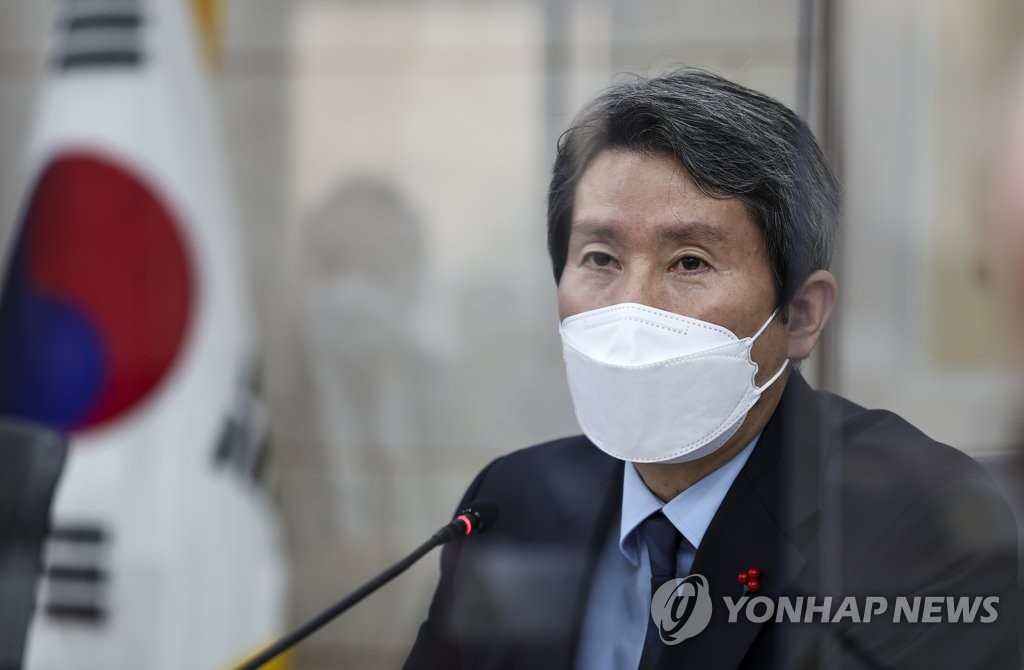