Martin Kaufman, Korea mission chief at the IMF, made such assessment during his video conference meeting with South Korean Finance Minister Hong Nam-ki, according to the Ministry of Economy and Finance.

The IMF team held its annual meeting with the Korean government virtually on Jan. 11-25 to assess the country's economic situations and its response to the COVID-19 pandemic. The IMF's annual consultation was held virtually for the second straight year due to the pandemic.

Kaufman touted South Korea as an exemplary country that has tided over the fallout of the pandemic and pulled off an economic recovery while seeking structural reform over the medium term, the ministry said. 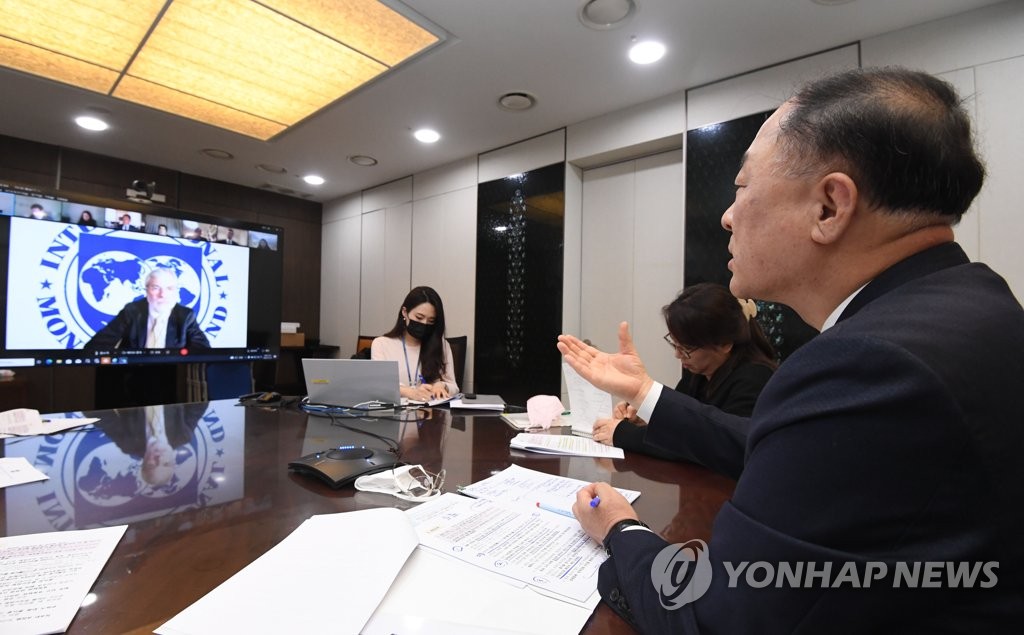 The South Korean economy expanded 4 percent last year from a year earlier, the fastest growth in 11 years and rebounding from a 0.9 percent contraction in 2020, according to central bank data.

The IMF said South Korea has carried out expansionary fiscal policy in a timely manner and positively assessed the government's proposal to create another round of an extra budget of 14 trillion won (US$11.7 billion) to support pandemic-hit merchants.

But Kaufman also recommended South Korea make efforts to strengthen its fiscal health through rule-based fiscal frameworks, according to the ministry.

With the proposed extra budget, the national debt is forecast to reach 1,075.7 trillion won this year, up from the previous estimate of 1,064.4 trillion won, according to the ministry. The sovereign debt will exceed the 1,000 trillion-won mark for the first time this year.

The debt-to-GDP ratio is also expected to rise to a record high of 50.1 percent from 50 percent. The fiscal deficit is forecast to reach 68.1 trillion won this year.

In October last year, the IMF forecast the South Korean economy to grow 3.3 percent in 2022.