Yoon of the People Power Party (PPP) gained 5.5 percentage points from a Jan. 10-11 survey, while Lee of the Democratic Party lost 1.3 points, according to the Realmeter survey conducted on 1,018 adults from Monday to Tuesday. 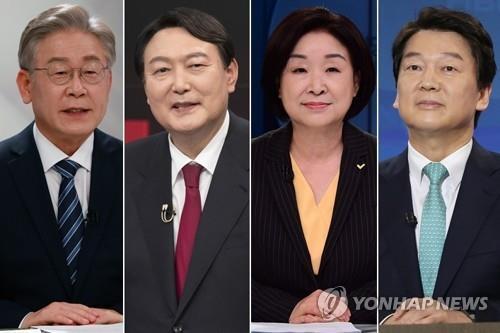 Asked to pick the candidate most likely to win, 48.4 percent chose Yoon, while 42.4 percent picked Lee.