The tech company will show off the Galaxy S22 smartphone at the Feb. 10 event, saying it will "set an epic new standard for smartphones with the most noteworthy S series ever created." 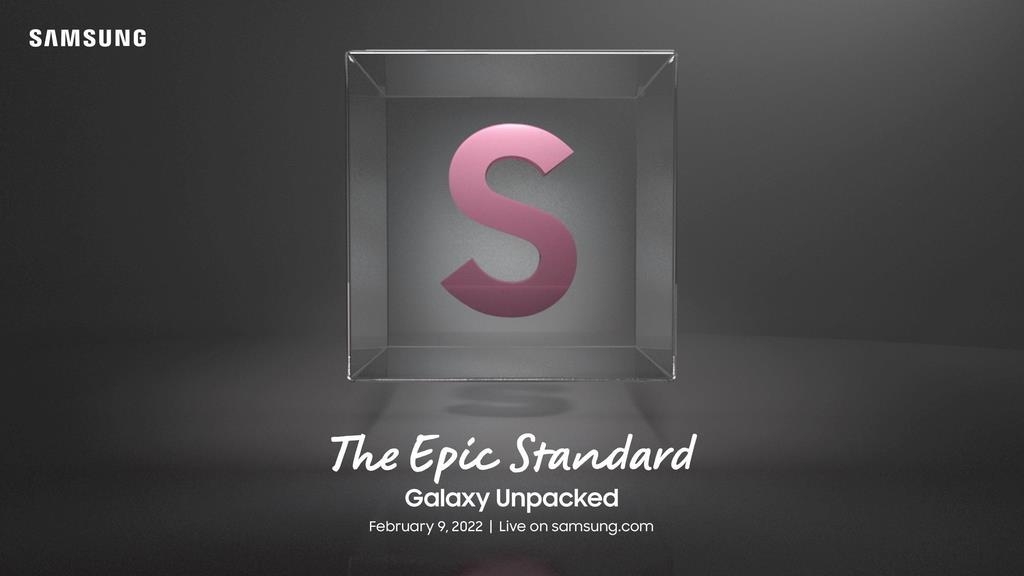 A YouTube video that was unveiled along with the announcement shows a video recording during a pitch-black night and ends with the phrases "Break through the night" and "Break the rules of light."

The video indicates that the upcoming smartphone will be fitted with upgraded cameras and sensors that can overcome some of the challenges of shooting at night.

"At Unpacked in February 2022, we'll introduce you to the most noteworthy S series device we've ever created," Roh Tae-moon, president and head of Samsung's Mobile eXperience (MX) business, wrote in a recent editorial posted on the company's website.

The new phone will enable users to enjoy "the best and brightest photos and videos" they've ever captured with a phone, and to have "power, speed and tools that can't be found elsewhere," he said.

The S22 series, powered by either Qualcomm's Snapdragon 8 Gen 1 or the Exynos 2022 depending on region, is expected to come in three models -- the Galaxy S22, S22 Plus and S22 Ultra. The Galaxy S22 Ultra could have a built-in S Pen for the first time for a Galaxy phone, effectively succeeding the Galaxy Note line.

The Galaxy Tab S8 series is also expected to be unveiled during the event.

Samsung to unveil Galaxy S22 at Unpacked event next month

Samsung to unveil Galaxy S22 at Unpacked event next month