SEOUL, Jan. 26 (Yonhap) -- President Moon Jae-in called Wednesday for faster response measures to curb the spread of the highly contagious omicron variant after the country's daily coronavirus cases shot up to over 13,000.

Moon made the remarks as he presided over a COVID-19 response meeting earlier in the day, according to Park Soo-hyun, a senior presidential secretary for public communication.

Moon ordered the government to secure a sufficient supply of self-test kits and smoothly deliver them to local governments. 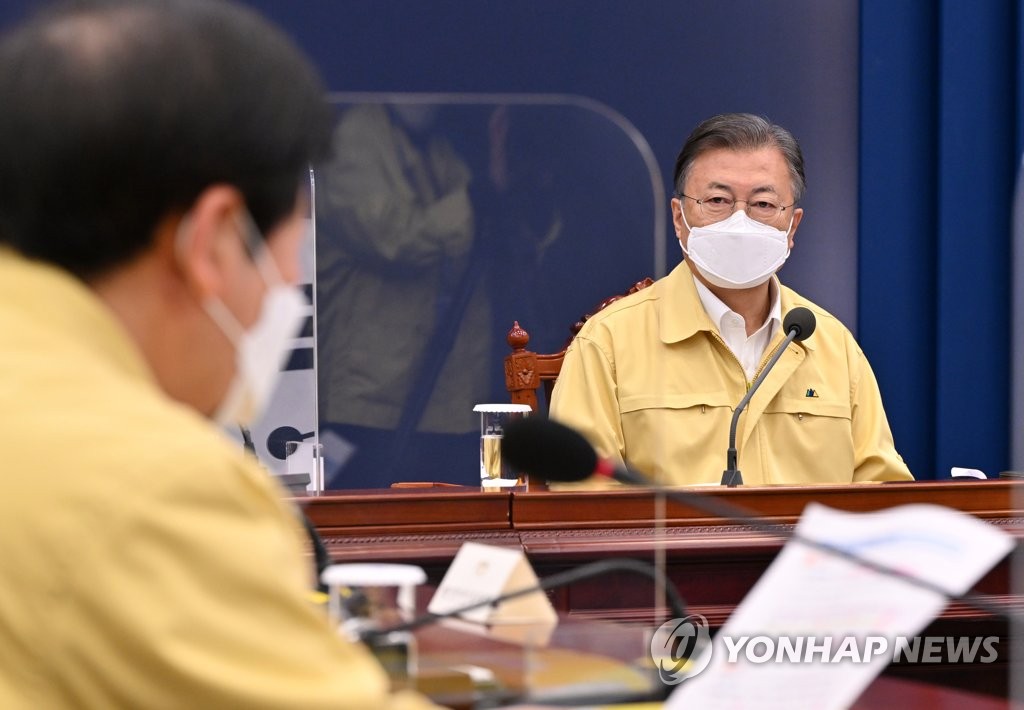 Although Moon urged alert over the spread of the omicron variant, he convinced the public the government's anti-epidemic measures could lessen the danger of omicron.

"As omicron spreads, we must have the highest level of alertness, but we should also be wary of excessive anxiety and fear," Moon told the meeting, according to Park.

To efficiently cope with the spread of omicron, South Korea started enforcing a new virus response system, including an expansion of rapid testing and a reduction of self-isolation periods. The new system is aimed at minimizing disruptions and focusing on reducing critical cases and deaths.

Under the new system, local hospitals and clinics administer tests and treat patients, and rapid antigen tests replace polymerase chain reaction tests at testing sites, except for those aged over 60 or high-risk groups.

The system was initially applied in four areas seeing a surge in omicron cases -- the southwestern city of Gwangju, South Jeolla Province, and the cities of Pyeongtaek and Anseong in Gyeonggi Province.

Starting Feb. 3 the system will expand nationwide, with the introduction of rapid antigen tests at 256 testing sites across the country.