The latest virus count was up from 78 reported the previous day as the military remains on high alert to fight the omicron variant. The country as a whole added 13,012 new cases Wednesday.

Of the new military cases, 101 are from the Army, 28 from the Air Force, 15 from the Navy, five from the Marine Corps and 11 from units under the direct control of the defense ministry.

Currently, 547 military personnel are under treatment. Of the total military caseload, 2,312 are breakthrough cases.

Among the new cases, 90 were imported, according to the USFK website. It did not offer other details, including breakthrough cases and locations of the infected members.

The total number of COVID-19 cases reported among the USFK-affiliated population totaled 5,607. The USFK said nearly 90 percent of its affiliated community is vaccinated. 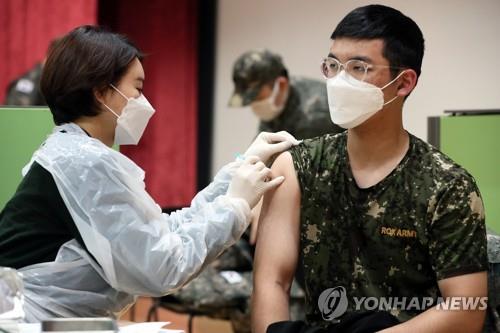