SEOUL, Jan. 26 (Yonhap) -- South Korea's artificial intelligence (AI) defense technologies for speech, image and voice recognition are assessed to be about a year behind those of the United States, a state research institute said Wednesday.

The Korea Research Institute for Defense Technology Planning and Advancement (KRIT) made the assessment as it unveiled a broad road map for the use of AI technologies in the defense sector.

South Korea's AI-based defense technologies for the three high-tech areas have reached about 93 percent of the level of comparable U.S. technologies, the institute said.

Specifically, South Korea is on par with the U.S. in the speech recognition sector, while its technological level for image recognition is at about 95 percent of that of the relevant U.S. technology, according to the institute.

The country's technological level for speech recognition is estimated to be about 86 percent of that of the comparable U.S. technology.

The institute's road map for AI-based defense focused on the utility of the cutting-edge technology for future battle operations, which it said would emerge as a "game-changer" down the road.

Meant to serve as a guide for defense researchers, the road map focuses on 30 key weapons systems using the AI technology, such as reconnaissance and command control equipment, and offers a forecast on how those systems will develop in the future.

The book is available on the institute's website (www.krit.re.kr). 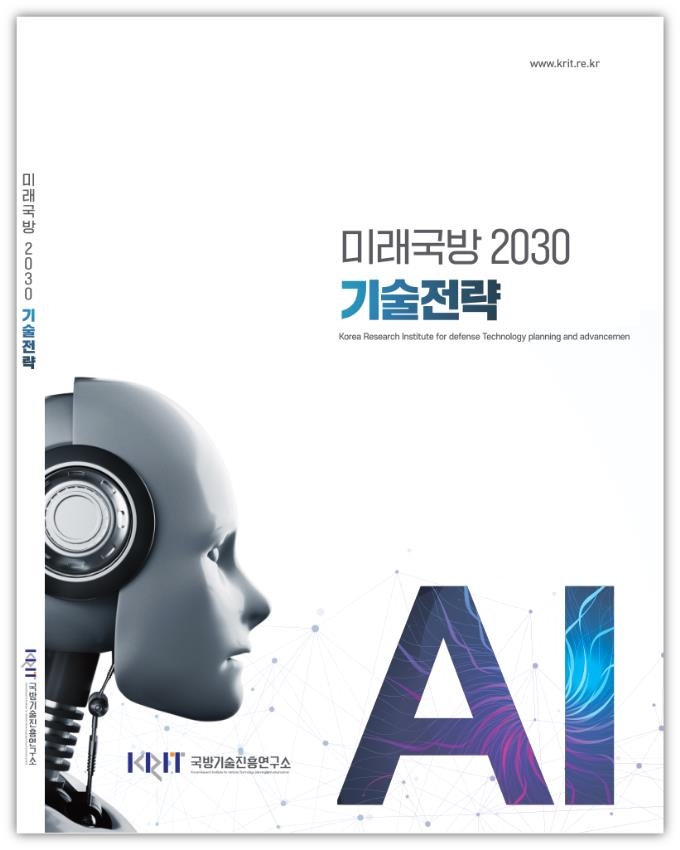