The signing ceremony for the agreement was held in Seoul attended by ambassadors of major Association of Southeast Asian Nations (ASEAN) countries, including Vietnam and the Philippines, and officials of their participating companies, according to the Ministry of Trade, Industry and Energy.

Under the agreement, the South Korean and ASEAN nation governments will support six joint R&D projects in new technology sectors this year by extending up to 1 billion won (US$835,282) over the next three years per project.

The projects include the joint development of a 1 ton-class electric refrigerated truck between South Korea's Kyeongin Van and Vietnam's Truong Hai Auto Corp. (THACO), as well as the developments of an electric bus, a smart livestock farming management system, a specialized tractor, an intelligent street lighting system and solar generation for buildings between their firms, according to the ministry.

"It is meant to help companies from the two sides jointly develop new items to meet the demand in the ASEAN market and to advance into a third market," the ministry said in a release.

The two sides will also push to create a new "industry innovation" platform in charge of supporting the joint R&D, technology transfer and exports. 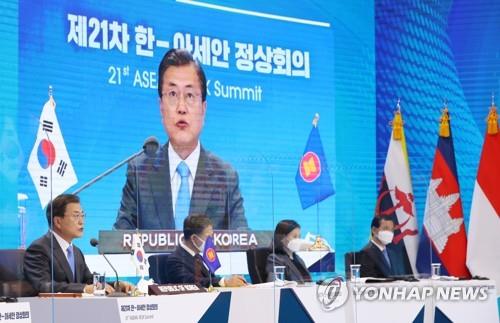