Net profit for the three months ended in December jumped to 1.248 trillion won (US$1.04 billion) from 961.6 billion won during the same period of last year, the company said in a statement.

"A combination of a weak won, improved product mix and reduced incentives helped offset the impact of chip supply chain problems and the coronavirus pandemic," the statement said.

Semiconductor issues will remain a major hurdle during the first half to achieving this year's business targets, though chip supplies are expected to improve from the second quarter, Kia Chief Financial Officer Joo Woo-jeong said in the company's earnings conference call.

To prop up sales, Kia plans to launch the all-electric EV6 sedan and the Niro gasoline hybrid models in the United States this year, while expanding sales of the Sportage SUV.

Operating profit fell 8.3 percent to 1.175 trillion won in the fourth quarter from 1.282 trillion won a year ago due to one-off costs, such as research & development costs and bonuses for employees.

In 2022, Kia aims to achieve an operating profit of 6.5 trillion won on sales of 83.1 trillion won by focusing on SUV models and environment-friendly vehicles.

The maker of the K5 sedan and the Sorento SUV targets to sell 3.15 million vehicles, 13 percent higher than the 2.77 million units sold last year. 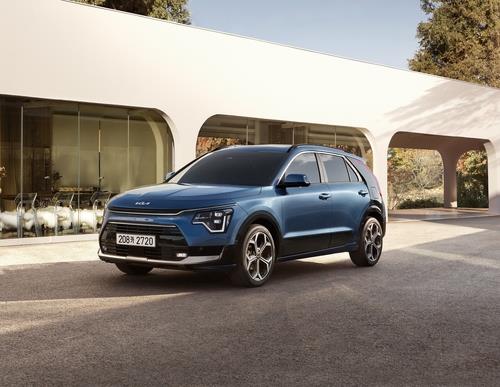