Lee of the liberal Democratic Party announced a set of campaign pledges for laborers at a workers' welfare center in Bucheon, just west of Seoul.

"I will begin a social dialogue for the introduction of a 4 1/2-day workweek and push for a trial project for its phased implementation," he said, offering to provide various incentives to businesses that take the lead in adopting a four- or 4 1/2-day workweek.

"Just because we stay at work longer, it doesn't mean our productivity is higher," he added, proposing to expand annual vacation days and child care leave.

Lee previously backed the idea of shifting to a four-day workweek but stopped short of adopting it as a campaign pledge amid resistance from within the government and the main opposition party.

Lee said his other pledges include the early realization of an income-based universal employment insurance system, the establishment of a government agency tasked with ensuring workers' safety and health, and the phased introduction of a universal insurance plan against occupational hazards. 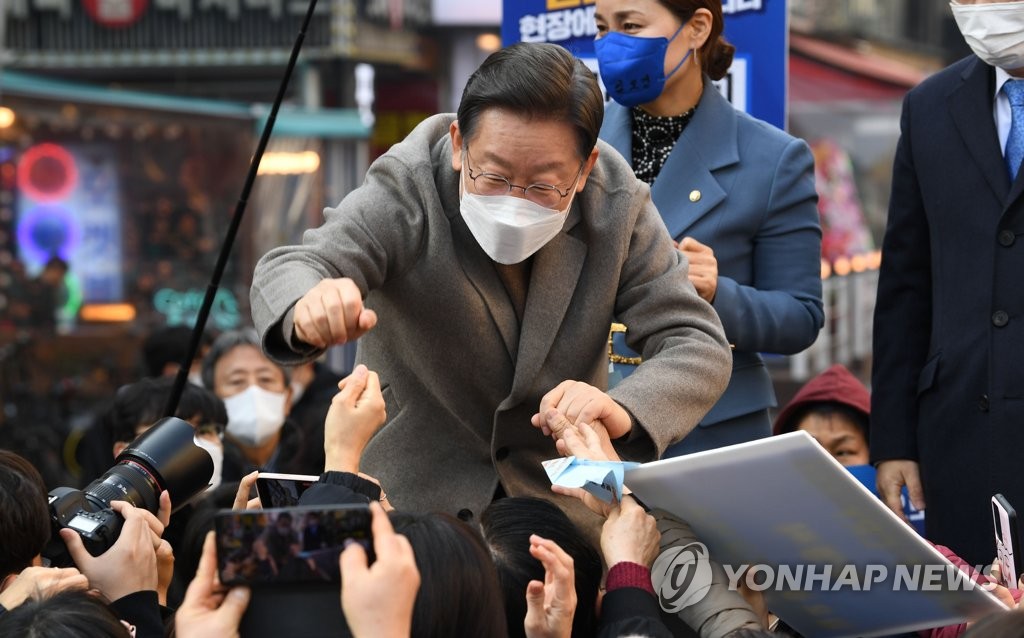