Net profit for the three months ended in December came to 179.5 billion won (US$149.9 million) from 621 billion won a year earlier, the company said in a regulatory filing.

Operating income for the October-December period fell 29.7 percent on-year to 476.4 billion won, 21.6 percent lower than the average estimate, according to the survey by Yonhap Infomax, the financial data firm of Yonhap News Agency.

During a conference call, the company said the one-off costs are related to employee bonuses, the exact amount of which has yet to be determined. 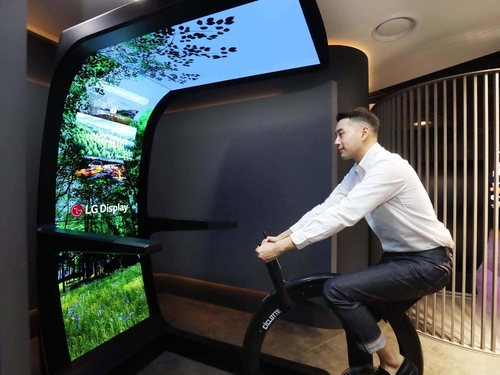 For the whole of 2021, the company recorded an operating profit of 2.23 trillion won, swinging to profit for the first time since 2018 on the back of the turnaround in the OLED business and business restructuring.

The company also reported record annual sales of 29.9 trillion won last year, thanks to "the strengthening position of large-sized OLED panels in the premium TV market, solidifying its small and mid-sized OLED businesses, and structural innovation in the LCD business focusing on high-end IT products."

In the fourth quarter, LG Display logged record-high quarterly sales of 8.8 trillion won on the back of increased production of OLEDs and a rise in IT panel shipments.

During the three months, panels for IT devices took up 42 percent of the total sales, followed by mobile device panels with 31 percent and TV panels with 27 percent.

The display maker shipped 8 million OLED display panels last year and expected to pump up production to 10 million this year.

As part of efforts to maintain its leading position in the industry, the company said it will expand the adoption of the newest OLED TV technology, OLED.EX, starting from the second quarter of this year, which it said delivers better picture quality by enhancing brightness up to 30 percent compared to conventional OLED displays.

LG Display is the world's sole supplier of large-size OLED panels for TVs, but it showed relatively weak competitiveness in the medium-and-small sized OLED sector. In August last year, the company said it will invest 3.3 trillion won in the sector to boost its production capacity.

The OLED business, it said, turned to profit in the second half of last year, reaching a break-even point for the year.

The company said it aims to achieve yearly growth of over 20 percent in OLED panel shipments this year. 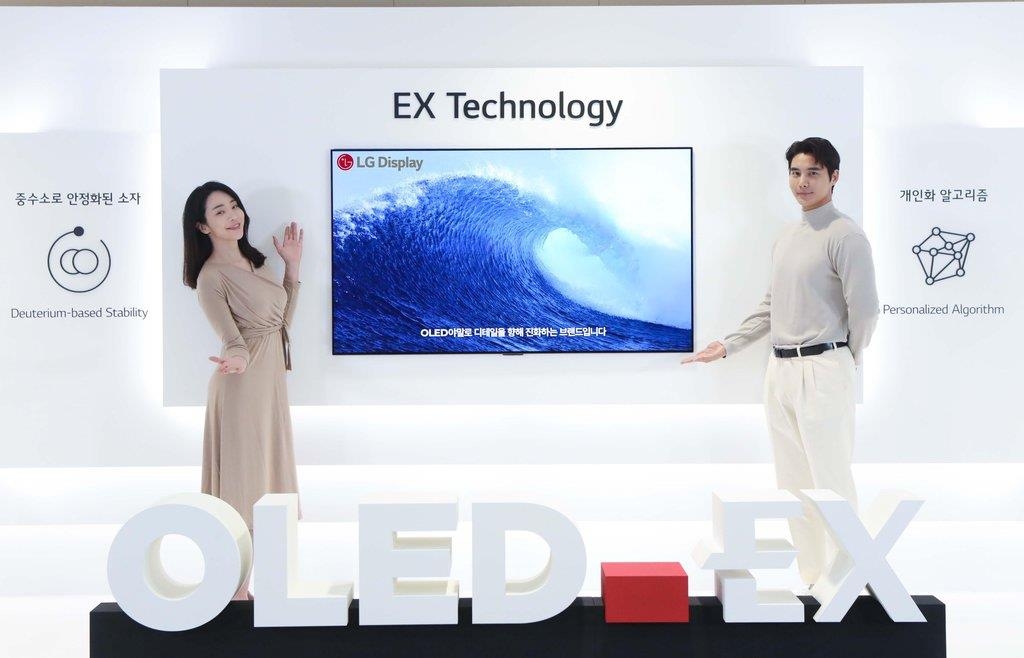